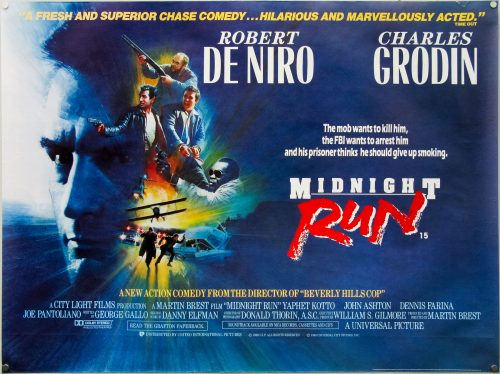 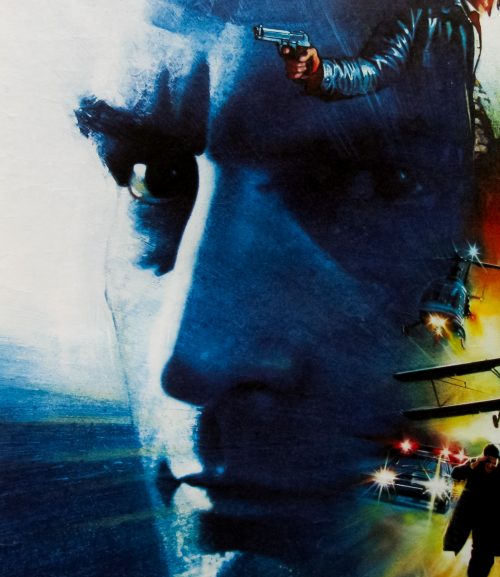 Tagline
The mob wants to kill him, the FBI wants to arrest him and his partner thinks he should give up smoking

Unique artwork on this British quad for the 1988 comedy caper film Midnight Run, which was painted by the British artist Brian Bysouth. In December I met and interviewed Brian and the resulting article can be read here.