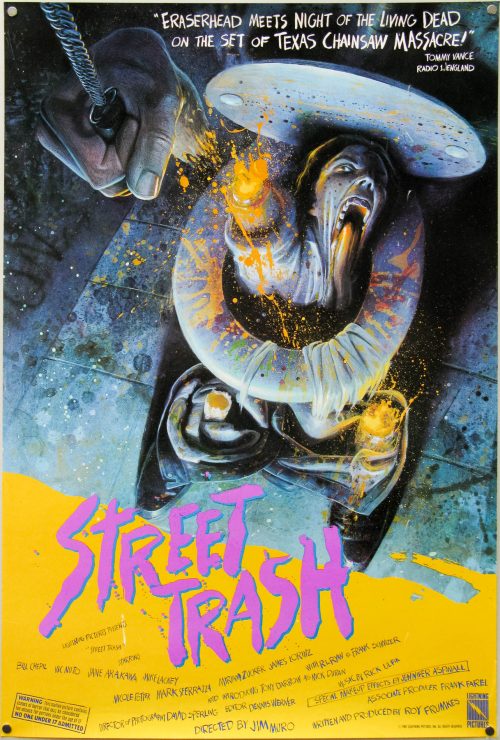 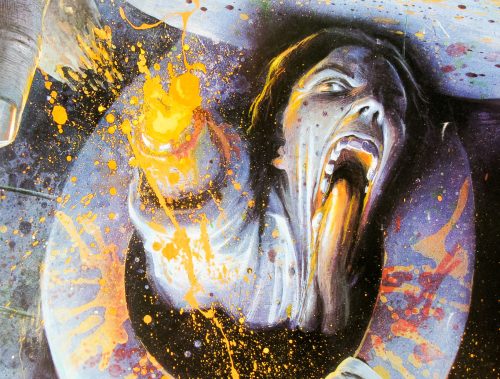 ‘The ultimate melt movie’, Street Trash, the classic 1987 splatter-fest, is as gore-filled and tasteless as this American one sheet suggests. The image of the unlucky tramp melting into the toilet was re-used for the multiple VHS and DVD releases and is definitely up there as one of the all-time great horror poster images. I remember reading/hearing who did the artwork but forgot to write it down so if anyone knows could they please get in touch or leave a comment.

It’s interesting that they used a quote from a British radio broadcaster, the late Tommy Vance, for the American poster, but it’s not hard to see why; If that combination of classic titles doesn’t make you want to watch the film then there’s no hope.

Here’s the IMDb page for the film. Vaguely interesting bit of trivia: I bought this one sheet from the person who plays the chef in the restaurant scene and only found out after the fact. 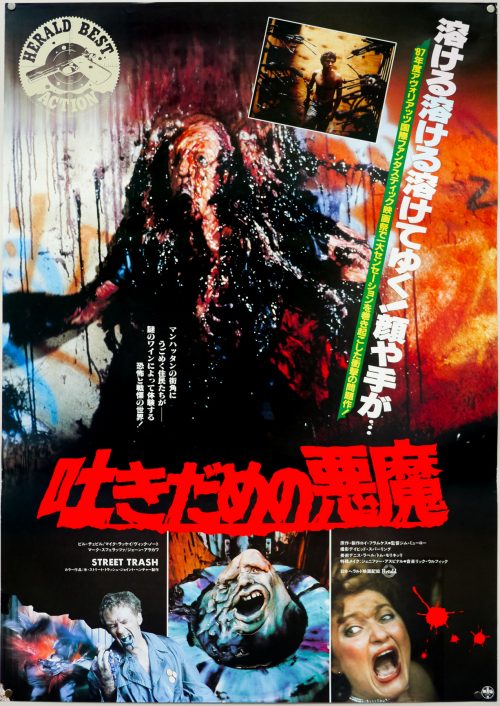 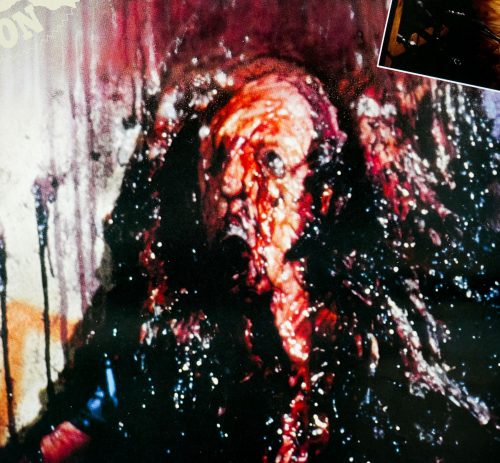 ‘The ultimate melt movie’, the classic 1987 splatter-fest Street Trash is as gore-filled and tasteless as this Japanese B2 poster depicts. A sleazy liquor store owner finds a case of old wine labelled ‘Tenafly Viper’ in his basement and, rather than dispose of it, he decides to offload the case to the local homeless population for a dollar a bottle. It soon becomes clear that Viper is really not fit for consumption and the poor hobos are having literal meltdowns after drinking it. An overzealous cop (Bill Chepil) begins to investigate the deaths whilst two homeless brothers, Fred (Mike Lackey) and Kevin (Mark Sferrazza) learn of Viper’s potency and try to warn others whilst dealing with the machinations of the unhinged homeless Vietnam vet Bronson (Vic Noto).

The blue face at the bottom of the poster is what’s left when the first hobo (pictured to the left) succumbs to the effects of the deadly drink and disintegrates into a toilet bowl, as depicted on the superb US one sheet.