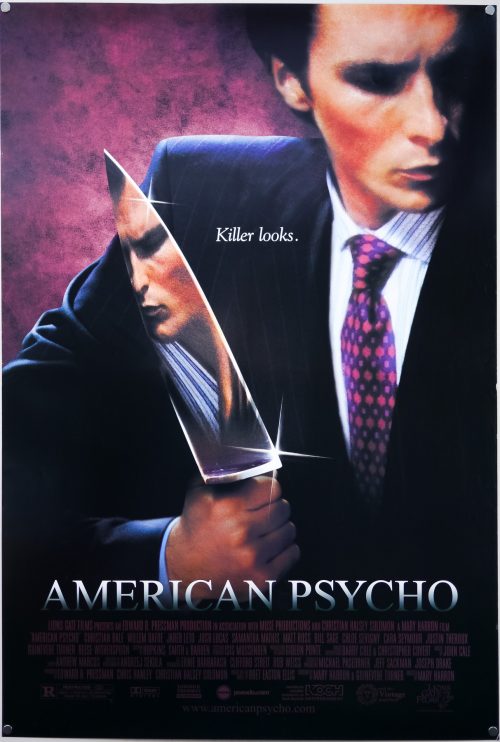 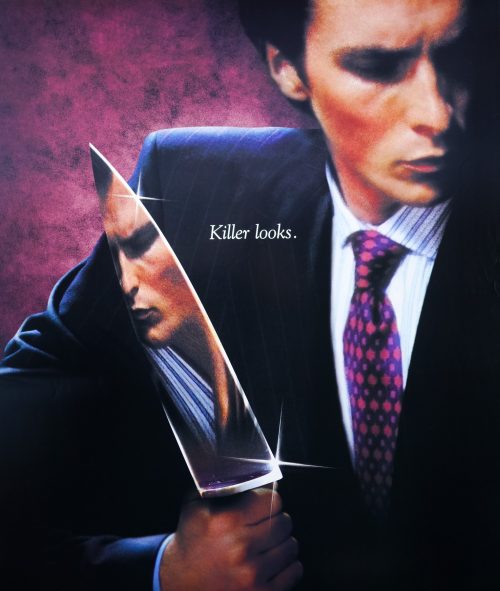 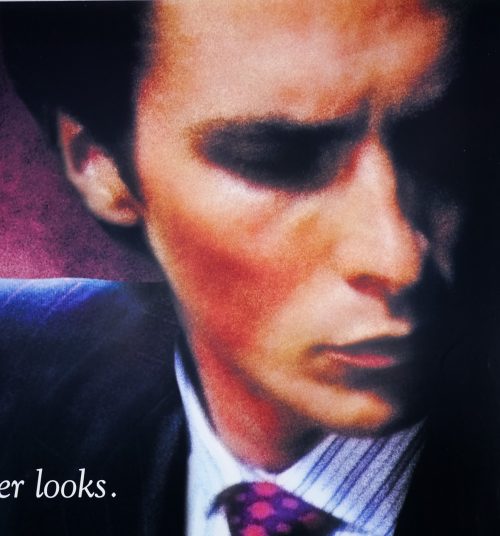 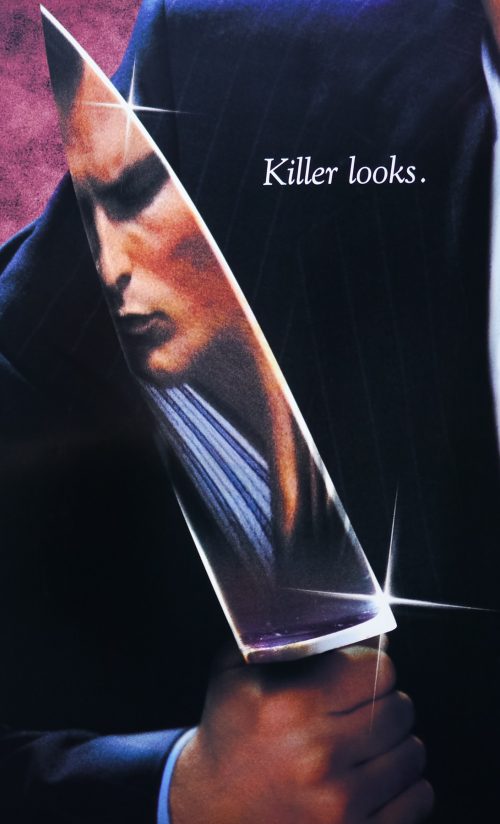 An iconic image of Christian Bale as Patrick Bateman features on this US one sheet for the release of the adaptation of Bret Easton Ellis‘s novel American Psycho. Although Bale had been appearing in films since the 1980s, with his lead role as the young boy in Spielberg’s 1987 film Empire of the Sun a notable highlight, it was American Psycho that was a real breakout role and ultimately led to his casting as Batman in Christopher Nolan’s Dark Knight trilogy (and subsequent global megastar status).

The story focuses on Bateman, a wealthy young banking executive who works at his father’s financial firm on Wall Street and spends his time materially competing with co-workers and dining at expensive restaurants in order to keep up appearances with friends and his fiancee Evelyn. Bateman is also a psychopath who spends his evenings indulging in acts of violence and ill-advised liaisons with prostitutes. A series of events see him murdering a colleague and entering into a series of violent encounters that nearly lead to his apprehension, but is all as it seems?

Bale is notorious for his use of method acting and the portrayal of Bateman was given his full attention. Apparently ‘the actor spent months tanning himself and working out in order to achieve the look of Bateman’s perfectly sculpted body’. The actor recalls: “I started going swimming on Sundays, and here was me, with this white English body, emerging with a stripy arse; not such a good look.”

This one sheet was created by the American design agency Indika Entertainment Advertising, which was founded in 1994 by James Verdesoto and Vivek Mathur and is based in New York City. They work on print and web campaigns for films, TV shows and home entertainment and have won multiple awards for their work over the years. One of their most iconic posters is the teaser one sheet for Pulp Fiction. They also designed the teaser one sheet for American Psycho.