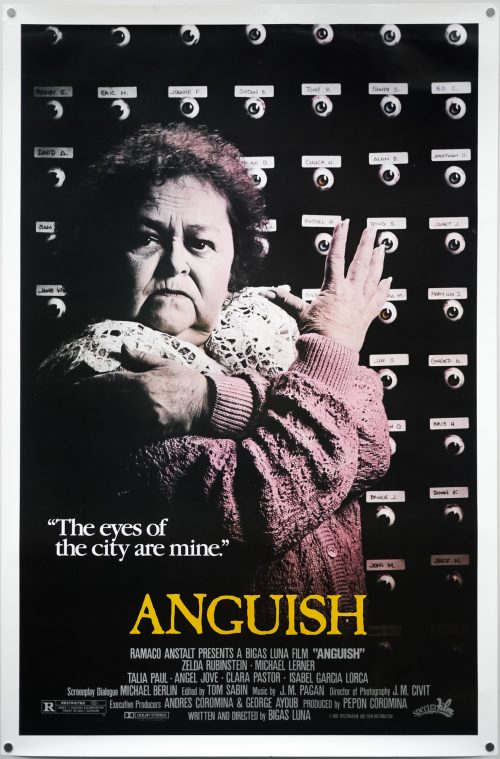 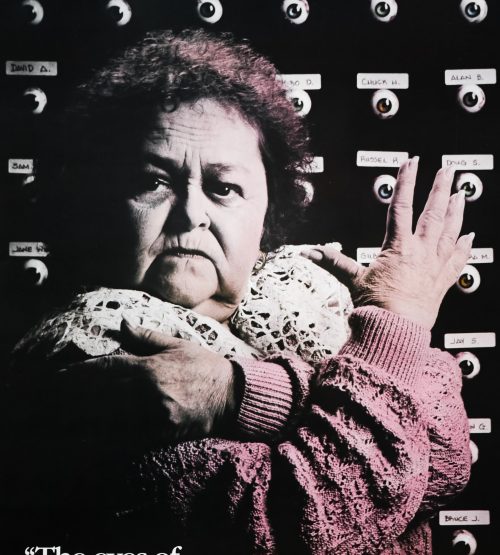 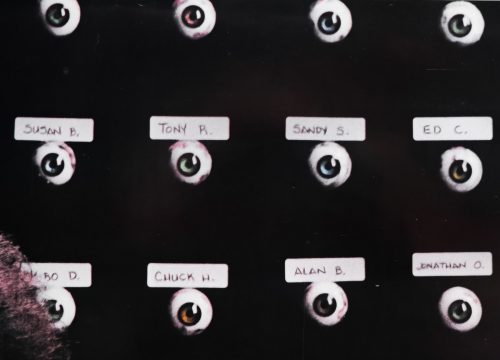 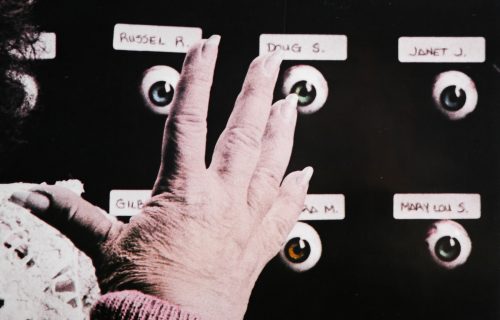 Tagline
"The eyes of the city are mine"

A striking image of actress Zelda Rubinstein (best known for her appearance in 1982’s Poltergeist) for the 1987 horror, Anguish. The film was directed by the Spaniard Bigas Luna (best known for Jamón, Jamón, 1992) and was filmed in his native country. As well as Rubinstein, the film also features the American actor Michael Lerner, but the majority of the cast are Spanish actors playing American. Written by Luna, the film has a fairly original concept which sees a film within a film, featuring Rubinstein and Lerner, unfold in front of a Los Angeles cinema audience. They are then subjected to their own horror attack, seemingly influenced by the film they are watching.

Rubinstein plays the character of Mother in the projected film, which is called The Mommy. For reasons that aren’t exactly clear, she uses hypnotism to control her loner son John (Lerner) and coerce him into killing people then removing their eyeballs. The Mommy features a frankly bonkers hypnotism sequence which apparently has an effect on some of the audience in the Los Angeles cinema. John is shown to visit a cinema showing the classic film The Lost World where he proceeds to attack staff and audience members. At the same time, an agitated man in the LA cinema kills two women working at the front desk before entering the auditorium and shooting at the audience. Eventually the police are called and a hostage scene develops. All the while The Mommy continues to play on the screen.

Anguish doesn’t hold back on the gore and there are a few shocking scenes which serve to keep the audience on edge. Although the concept of a film within a film is not new, the way Luna edits and develops the story gives it a unique feel. It’s certainly worth a watch, despite it’s clearly low budget origins.

The image of Rubinstein in front of a wall of eyes must have been mocked up for this poster as I watched it recently and didn’t see anything like this. It’s possible that there was a deleted scene with it in but it feels too mocked up for that.