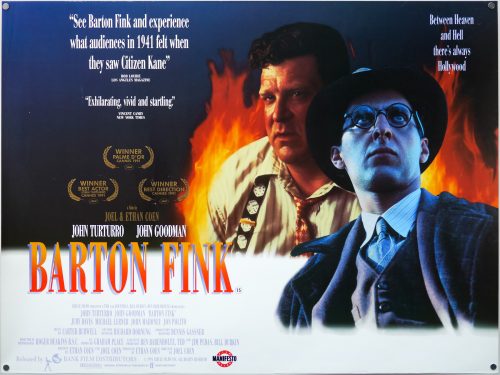 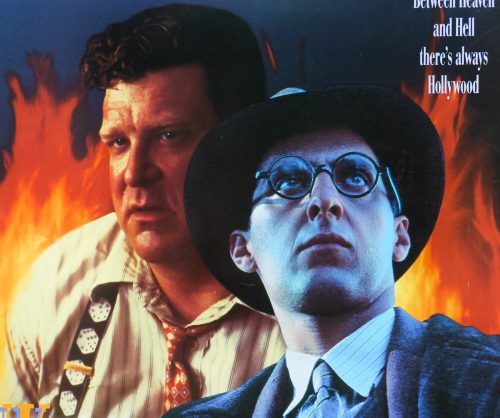 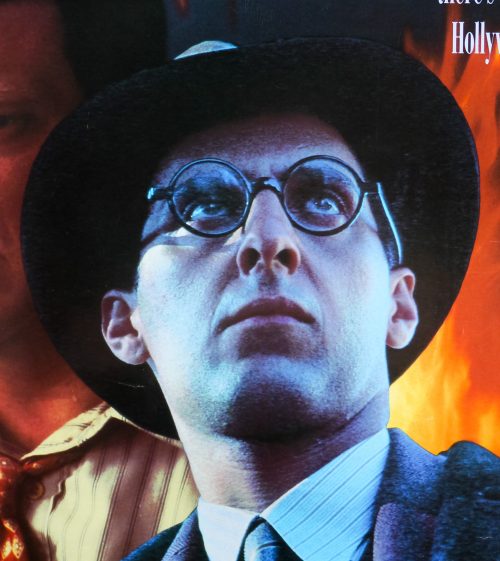 During 1989, after four months of writing, the Coen Brothers experienced a period of difficulty in pulling the story together for their gangster-themed classic Miller’s Crossing and the pair decided to take a break. They traveled to New York from Los Angeles and during their stay there they penned a new script for a film set in a largely abandoned hotel in Los Angeles, with John Turturro in mind for the lead role. Once filming was complete on Miller’s Crossing the pair returned to the script and started to plan the production with the actor.

Set in 1941, the film follows the titular playwright (Turturro) who has seen great success with his recent play on Broadway and is persuaded by his agent that an offer from Capital Studios in Hollywood of a thousand dollars a week to write scripts is too good to pass up. Although Barton is worried that living there will make him lose his connection to the ‘common man’, which is what he feels give his plays their power, he reluctantly agrees and decides to stay at the almost empty Hotel Earle, rather than a more salubrious establishment. His room is dark, drab and devoid of any decoration save for a photograph of a woman in a bikini on a beach looking at the surf, which mesmerises Barton as he imagines the scene come to life.

Soon he meets the boss of Capital, Jack Lipnick (Michael Lerner), who promises him his total support and asks him to start off with writing a wrestling picture. Disappointed with the choice of subject, he returns to the Earle and sits down at his typewriter. Immediately he finds himself suffering writers block, a situation made worse by distracting sounds in the hotel and the appearance of his room neighbour, Charlie Meadows (John Goodman), who introduces himself as a traveling salesman and tries to help Barton to get back on track. Later he meets a famous novelist called W.P. Mayhew (John Mahoney) who moved to Hollywood years before and has been writing scripts ever since, despite suffering from alcoholism and anger management issues. Mayhew’s long-suffering assistant, Audrey Taylor (Judy Davis) agrees to help with his script as the demands from Capitol grow stronger. After visiting his hotel room, Audrey and Barton spend the night together, but when he tries to wake her the next morning he finds that she’s been murdered and soon a pair of belligerent detectives appear in the lobby of the Earle.

The film clearly references a number of real characters from 1940s Hollywood but their characters are skewed just enough that it’s not libellous, and the ‘Sources, inspirations and allusions’ section on the film’s Wikipedia page gives a good rundown of the recipe for the Coens’ script. Barton Fink was a huge critical success and was the first film to win the Palme d’Or, Best Director and Best Actor at the prestigious Cannes Film Festival. Unfortunately, critical success didn’t translate into box-office performance and the film apparently failed to recoup its production budget.

I’m unsure who is responsible for the design of this quad, which is unique to the international campaign (the striking US one sheet looks like this), so if anyone has any ideas please get in touch.