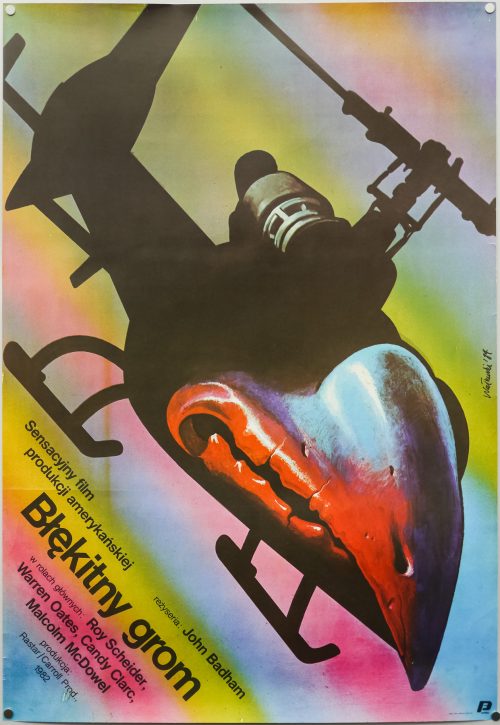 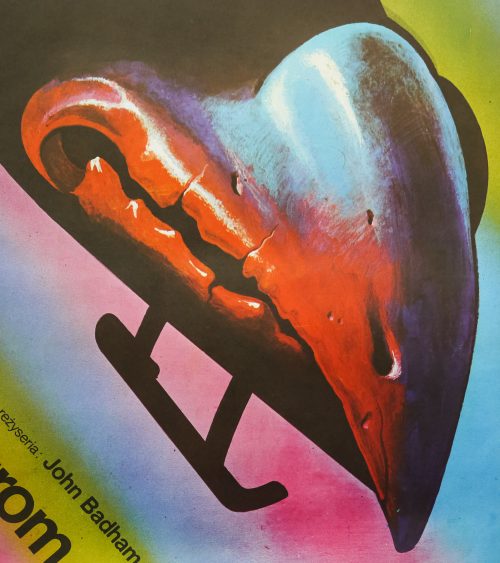 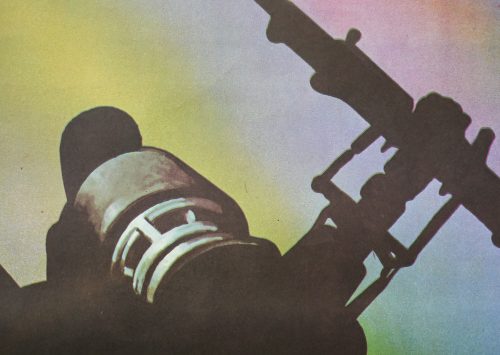 A wild design on this Polish poster for the 1983 American action film Blue Thunder. The late Roy Scheider stars as Frank Murphy, an LAPD pilot who’s given the chance to fly the world’s most advanced helicopter, nicknamed Blue Thunder, and use it in the war against crime. Following the death of a city councilwoman Frank begins a covert investigation and discovers that there are corrupt forces at work who plan to use the stealth helicopter for more than just crime prevention.