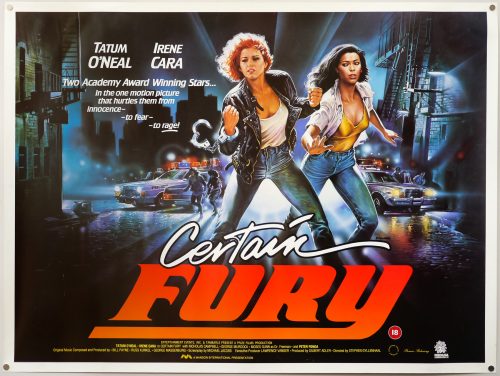 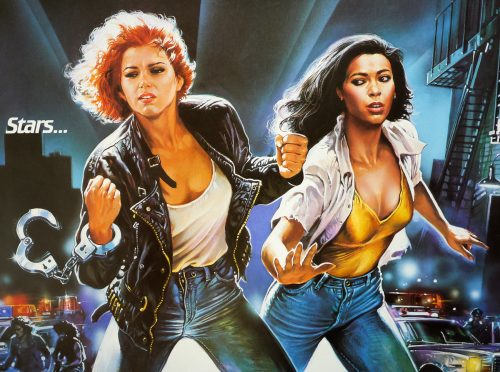 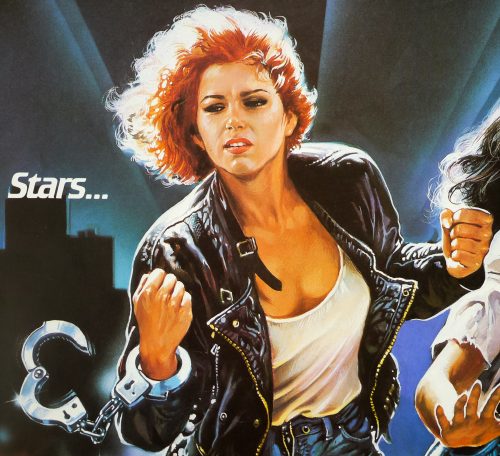 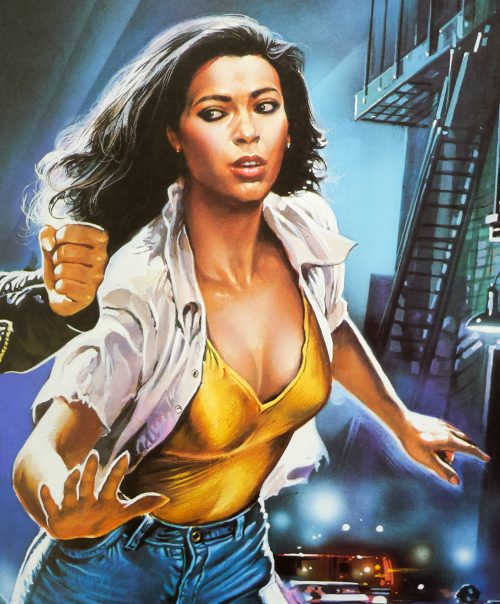 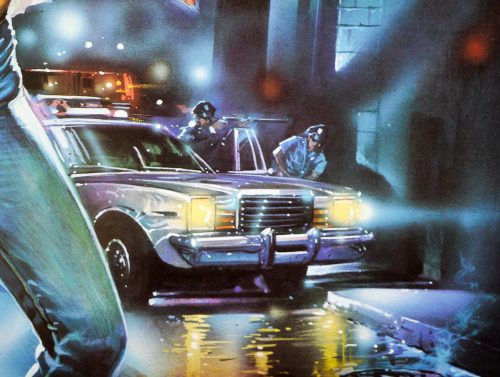 Tagline
Two Academy Award winning stars... in the one motion picture that hurtles them from innocence - to fear - to rage!

Great artwork by Renato Casaro features on this UK quad for the release of the largely forgotten 1985 b-movie Certain Fury. As this poster is keen to point out, the film stars two young award-winning actresses, Tatum O’Neal (daughter of Ryan) and Irene Cara, a singer-songwriter who had won awards for her work on Fame and Flashdance. Tatum plays Scarlet, a tough, young delinquent who supports herself with prostitution and drug-dealing and Irene is Tracy, the daughter of a doctor, who has been arrested for drug possession and resisting arrest. The pair first meet in a courtroom and are waiting to be seen by the judge when other defendants begin attacking the court staff and police, leading to a deadly shootout. Scarlet and Tracy manage to escape the carnage and enter into the city’s sewers whilst being pursued by the police who believe they were part of the shootout. Soon the accidental death of a policeman is blamed on their actions and they have most of the force after them as well as various criminals who Scarlet asks for help before they turn on her and Tracy.

The film was poorly reviewed at the time and hardly set the box-office on fire. It’s never been released on home video since the days of VHS and, if the IMDb reviews are anything to go by, there’s probably a good reason. It sounds like a film that’s not even ‘so bad it’s good’ and this seems like one of those cases where the poster art is the best thing about the film!