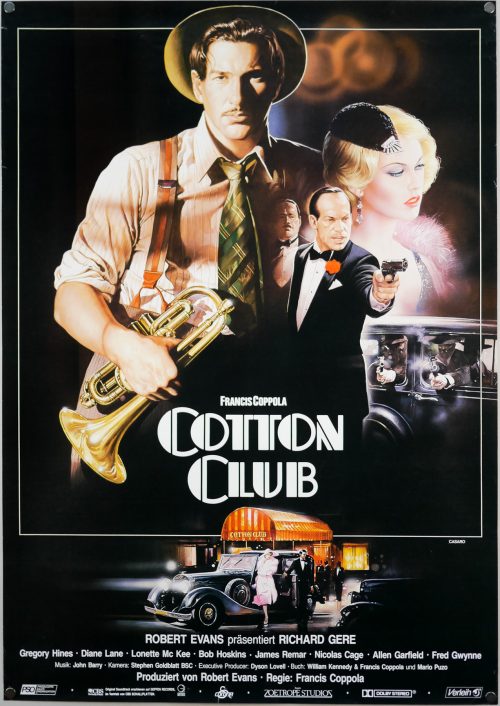 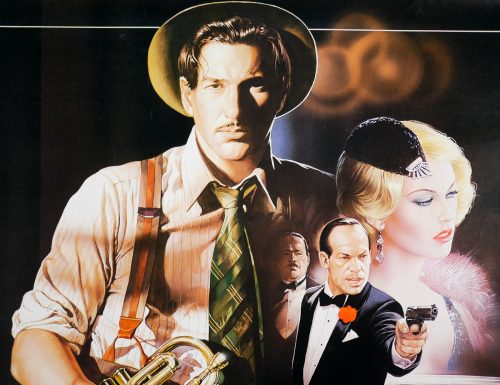 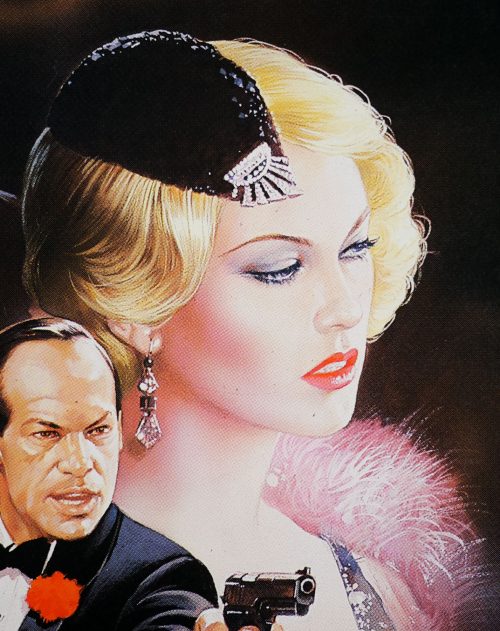 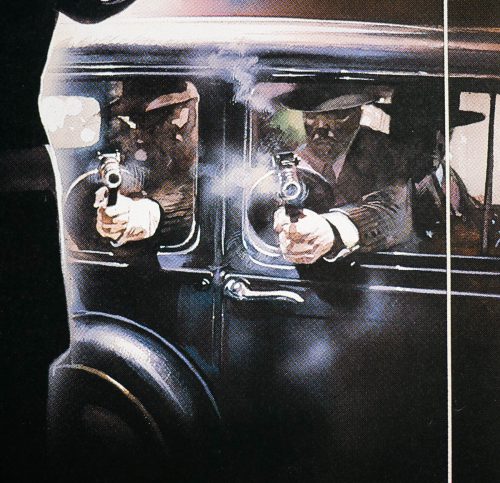 This is the poster for the German release of Francis Ford Coppola’s 1984 crime-drama/musical The Cotton Club. Legendary producer Robert Evans had originally planned to direct the film and the initial story and screenplay had been written by Mario ‘The Godfather’ Puzo, but Evans had a last-minute change of heart and asked Coppola to step in. Puzo’s script was apparently re-written by the author William Kennedy who ended up writing multiple drafts and ended up with a shared screenplay credit along with Coppola. Production was apparently beset with problems, including a spiralling budget that was provided by various parties including Las Vegas casino owners, an Arab arms dealer and a vaudeville performer. In typical fashion, Evans was determined to make the film as extravagant as possible and constructed ‘no expense spared’ sets, hiring some of the best technicians in the business at eye-watering figures.

This German poster was illustrated by Renato Casaro, an Italian with a prolific movie poster output that lasted over 35 years. He began his career in 1953, aged 19, at the famous Studio Favalli in Rome and would go on to design and paint posters for many of the biggest directors in the world. His skill at accurately portraying actors and his brilliant use of colour and composition saw him much in demand from studios and actors alike. His artwork has featured on posters used in multiple countries, including Japan, Germany, USA as well as in his native Italy.