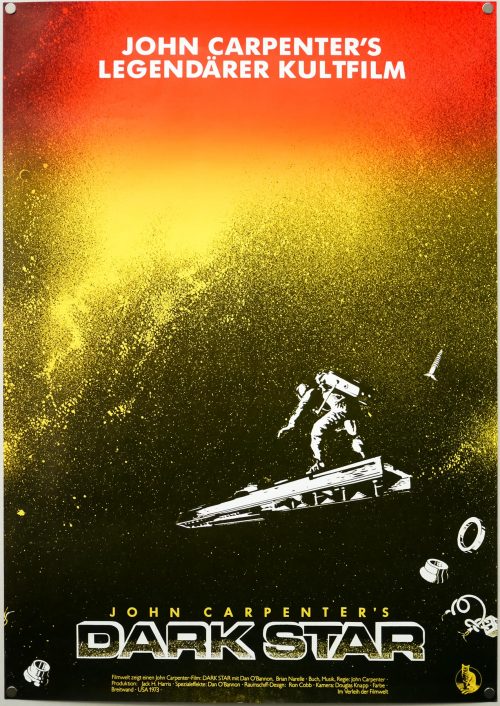 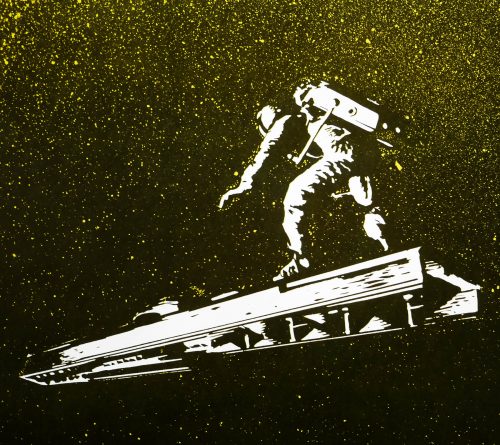 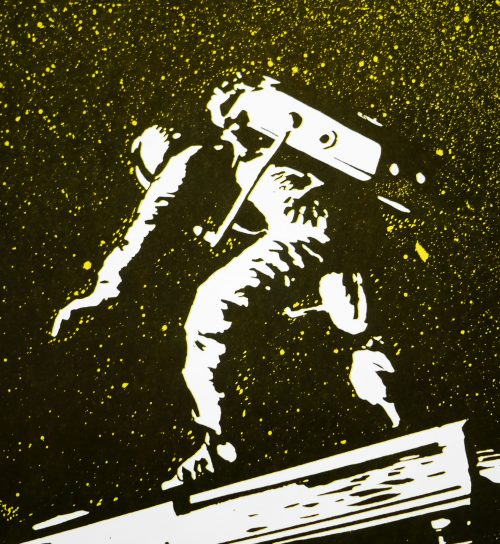 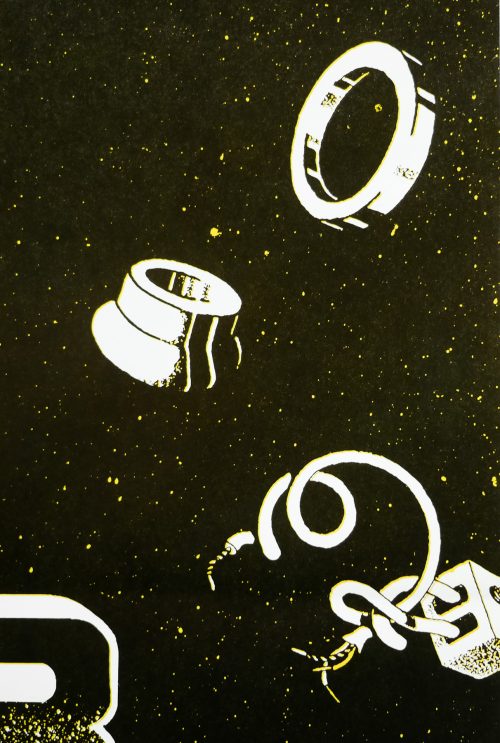 This is the German A1 poster for the 1981 re-release of ace director John Carpenter‘s first film, Dark Star. The sci-fi comedy was made over a period of several years whilst Carpenter was a student at the famous USC School of Cinematic Arts in California, which counts hundreds of well known directors, producers and screenwriters amongst its alumni. Made in collaboration with his friend and fellow student Dan O’Bannon, the shoestring budget (reportedly just $60,000) meant that the pair were multitasking throughout the shoot, with Carpenter co-writing the screenplay, directing, producing and writing the score, whilst O’Bannon shared the screenwriting duties as well as acting and working on the special effects.

This re-release poster, which depicts the moment that one of the crew members surfs on a shard of debris, is practically identical to the 1975 original release poster, that is missing the white text at the top. There’s at least one other German re-release poster for the film (possibly from 1979) that features the same design but with different colours.