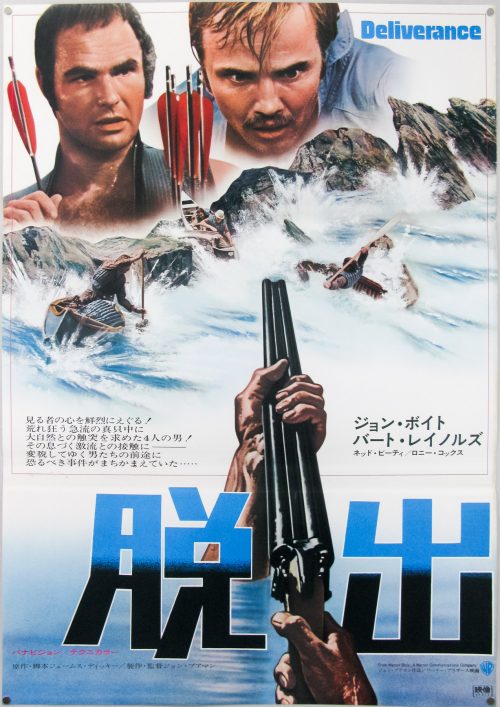 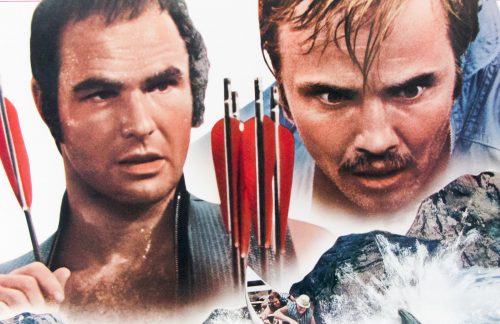 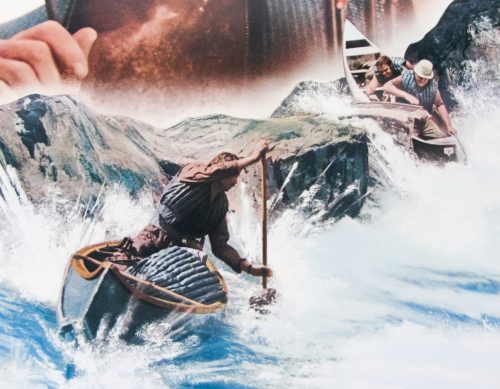 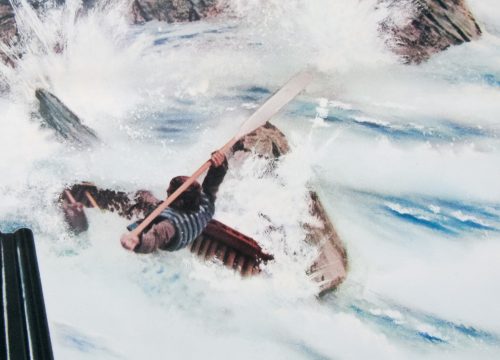 John Boorman‘s classic survival tale will celebrate its 40th anniversary next year and it remains a powerful and unique film, with no remake or imitations muddying its legacy. Deliverance has firmly entered the public consciousness and is almost guaranteed to be referenced when film and TV characters leave the city to head into the wild.

It also introduced the idea of mountain men (hillbillies) to folks who’d never visited the kind of country seen in the film. Finally, there’s the famous ‘Duelling Banjos’ music and the oft-quoted ‘squeal like piggy!’ line taken from the infamous rape scene.

This Japanese poster features a mixture of photography and artwork. It appears that the canoes are photographic whilst the river has been enhanced with illustration. The shotgun rising from the water is featured on a handful of other posters for the film, including the British quad and the style B US one sheet.