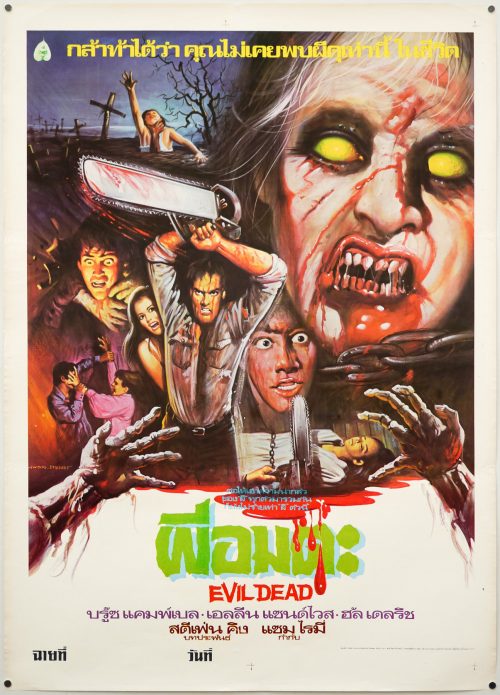 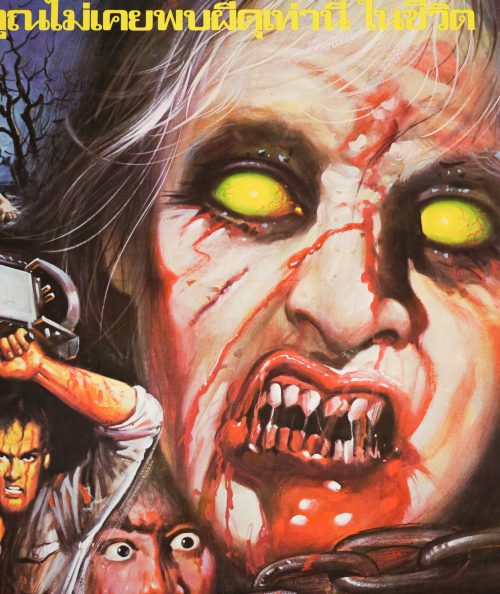 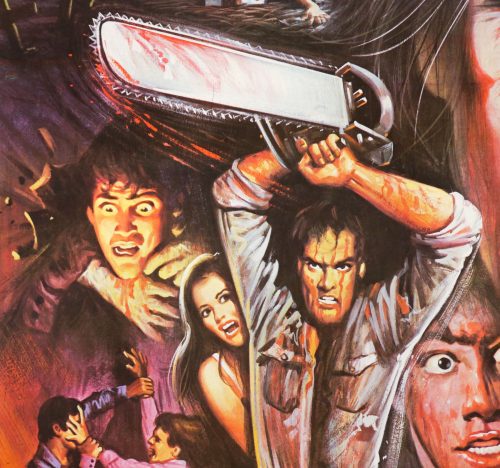 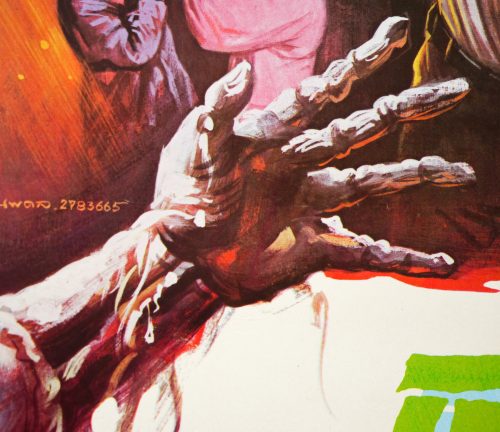 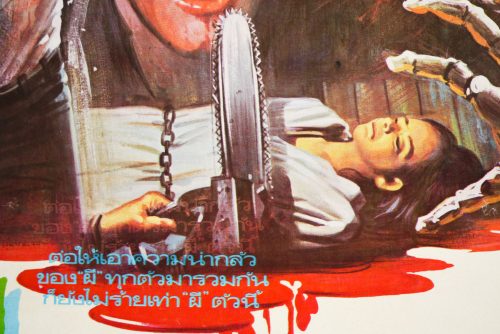 This is the Thai poster for the release of Sam Raimi’s brilliant low-budget horror The Evil Dead, which made an instant cult icon of lead actor (and friend of Raimi) Bruce Campbell who plays Ash, one of five friends who travel to a small cabin in the woods on vacation. The group discover a gnarled old book in the basement that turns out to be a Sumerian version of the Book of the Dead. Along with it are tapes containing translation of the text and when these are played demons are summoned in the woods. The house is subjected to a sustained attack and one by one the friends are possessed, turning into ‘deadites’ and leaving just Ash to survive the night and the forces of the evil dead.

Both this film and its 1987 sequel were big hits in the UK after the first was bought at the Cannes Film Festival by the legendary British distribution (and later production) company Palace Pictures. Released in cinemas and on VHS almost simultaneously the modest outlay for the rights to distribute the film proved to be an excellent deal as it went on to see great box-office takings and thousands of tapes sold. The Evil Dead was eventually caught up in the infamous video nasties debacle of the 1980s and was banned for a number of years under the Video Recordings Act.

The sequel, made six years later and technically a retcon sequel, was allotted a significantly larger budget than the first and is more of a black comedy than the original. Ash is put through a continually escalating series of horrific encounters that allow him to show the full extent of his talent for slapstick comedy.

This Thai poster featuring a montage of scenes from the film was painted by a Thai artist called Noppadol about whom I’ve been unable to discover very little, other than a few of the other film poster titles he worked on (including Saturn 3 and The Beyond). If anyone knows any more details please get in touch.