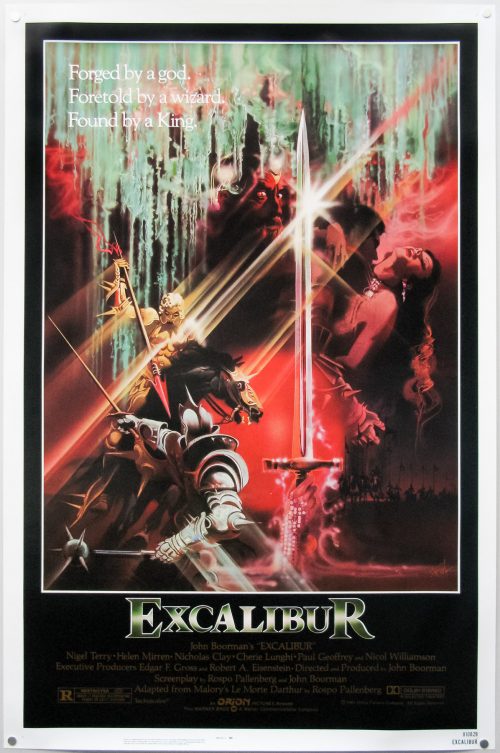 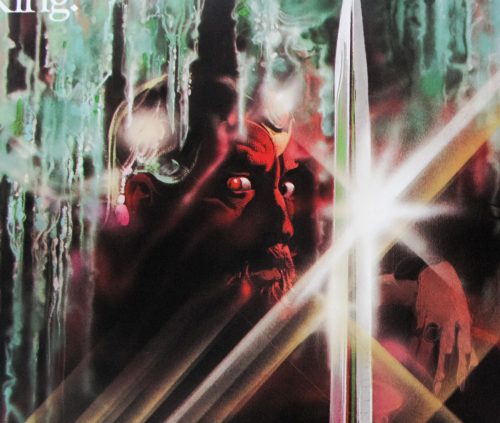 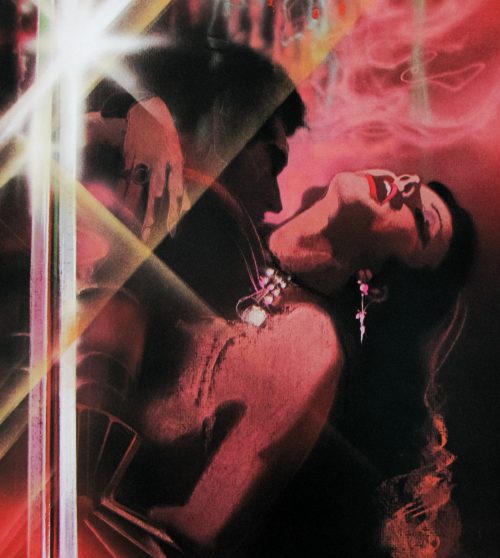 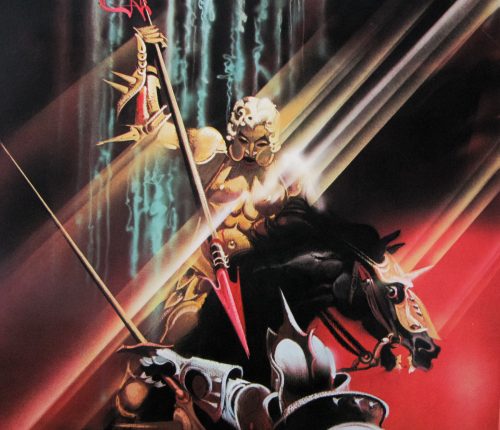 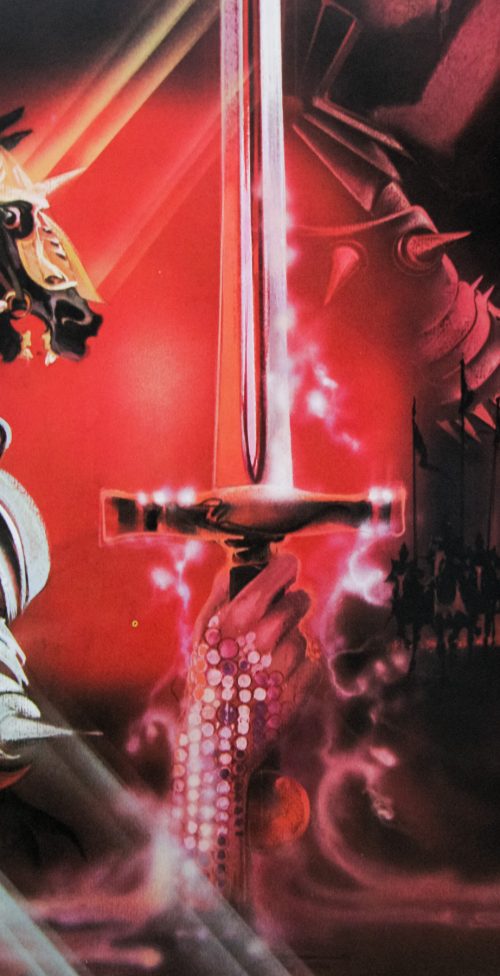 Tagline
Forged by a god. Foretold by a wizard. Found by a king.

Because of the presence of a GCIU logo, this is likely not from the 1981 original release but a re-release from later in the 1983. This note from an emovieposter.com auction explains why:

Note that there are two versions of this poster: one with a GAU printer logo and one with GCIU logo. We have been told that the GCIU logo wasn’t trademarked until July 1983, so the theory is that any poster that carries the GCIU logo must be from 1983 or later and are either theatrical re-release posters or possibly video store posters. We do not know for sure.