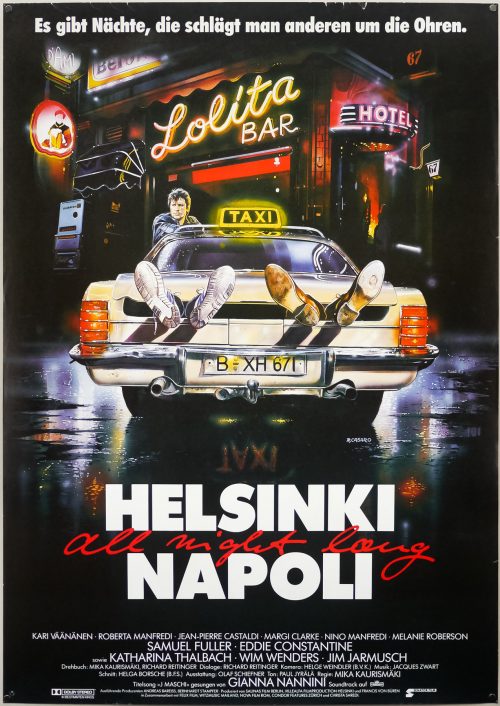 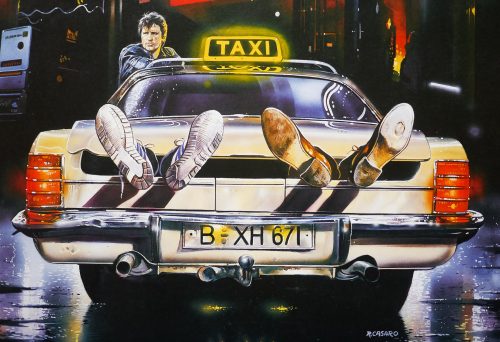 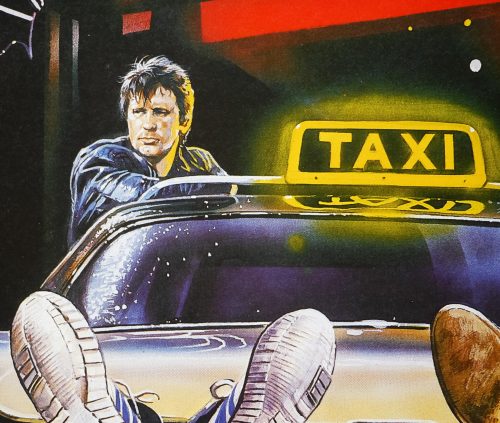 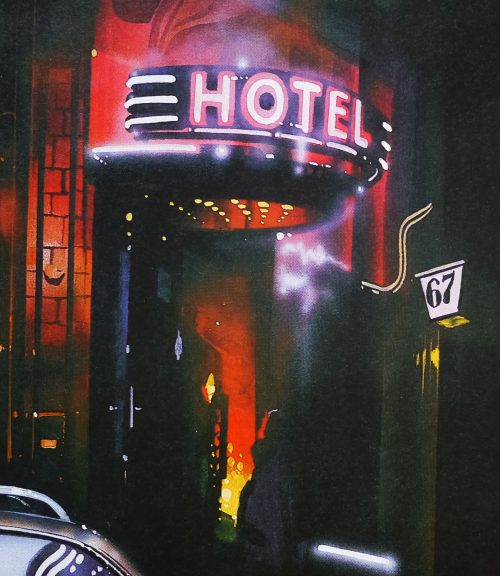 Great artwork by Renato Casaro on this German A1 poster for the release of Mika Kaurismäki‘s (older brother of Aki) little-seen, comedy-thriller Helsinki Napoli All Night Long. A Finnish-German-Swiss production the film focuses on Alex (Kari Väänänen) a Finnish taxi driver working in Berlin who is married to an Italian woman called Stella (Roberta Manfredi). One night, he picks up a pair of French thugs who ask to hire his cab for the whole night. Unfortunately for Alex the pair are being chased by a pair of mobsters (Samuel Fuller and Eddie Constantine) and after the thugs are shot and killed, he is left with two bodies and a briefcase full of money. So begins the long distance trip alluded to in the title with plenty more violence and black comedy along the way.