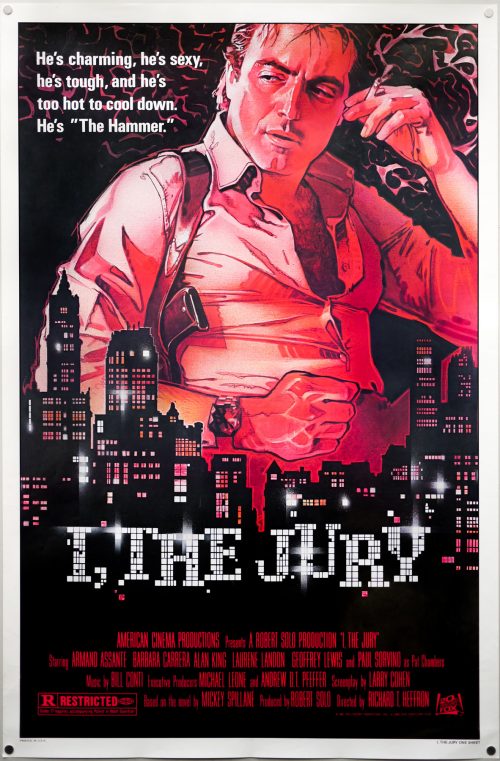 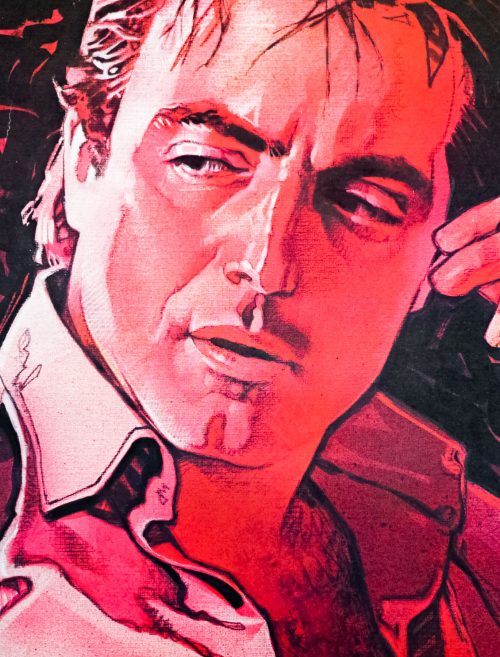 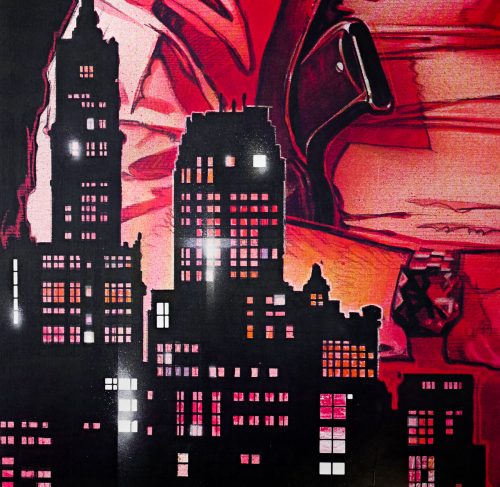 Title
I, the Jury

Artwork by the great Drew Struzan features on this one sheet for the release of the 1982 crime drama I, the Jury. Based on a novel of the same name by the late American author Mickey Spillane the story was previously brought to the screen in 1953 (and in 3D to boot). This version features several story elements that aren’t in the original novel.

The screenplay was written by B-movie legend Larry Cohen who was original set to direct but left the production after one week of filming when it became clear that the budget was already out of control. Cohen is the writer and director of films like Q: The Winged Serpent and The Stuff but has concentrated on screenwriting during the 1980s and 2000s. Cohen was replaced by Richard T. Heffron, perhaps best known for helming Futureworld, the sequel to Westworld.

Armand Assante plays detective Mike Hammer who discovers an old detective buddy of his, Jack Williams, has been shot and killed and he sets out to catch who was responsible. The trail leads him to a secretive sex therapy clinic that’s headed up by Dr Bennett (Barbara Carrera). Hammer discovers that Jack was on an undercover mission in the clinic and that’s what cost him his life. Before long the detective realises that he’s uncovered a conspiracy involving a rogue element of the CIA and the New York mafia who will both stop at nothing to keep their secret under wraps.