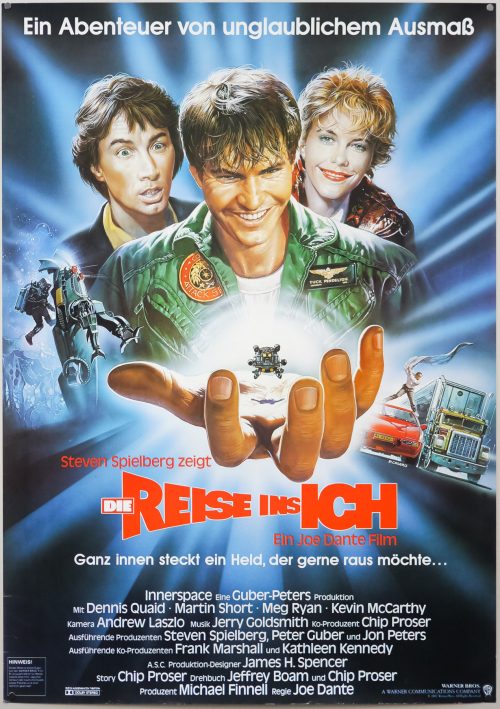 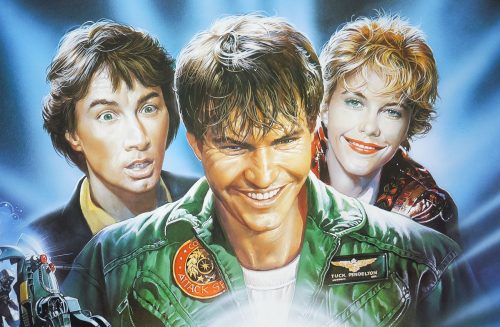 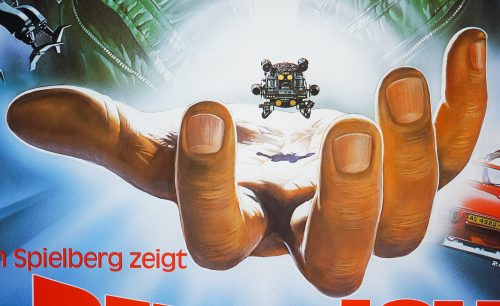 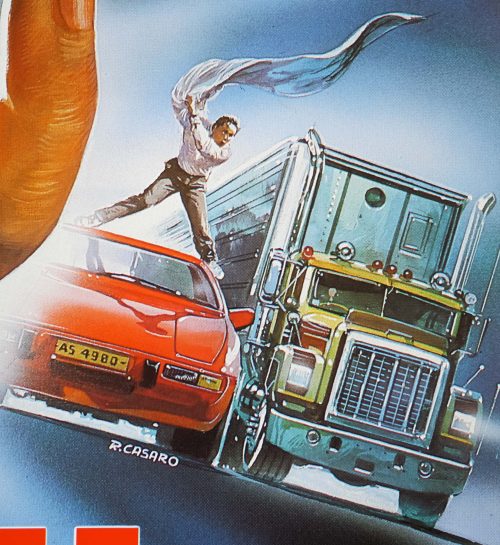 This is the German A1 poster for the release of Joe Dante’s 1987 sci-fi comedy Innerspace, in which Dennis Quaid plays the brilliantly named Tuck Pendleton, a loudmouth test pilot who is shrunken to miniature size as part of an experiment and then accidentally injected into the body of hypochondriac Jack Putter (Martin Short) during a robbery at a science lab. Madcap high-jinks ensue and the films nods heavily in the direction of the classic sci-fi film Fantastic Voyage. The film is definitely one of the high points in the myriad of high-concept films of the 1980s and I rate it as one of Joe Dante’s best films.

The poster was designed and painted by one of my favourite artists, Renato Casaro, an Italian with a prolific movie poster output that lasted over 35 years. He began his career in 1953, aged 19, at the famous Studio Favalli in Rome and would go on to design and paint posters for many of the biggest directors in the world. His skill at accurately portraying actors and his brilliant use of colour and composition saw him much in demand from studios and actors alike.

His artwork has featured on posters used in multiple countries, including Japan, Germany, USA as well as in his native Italy. Check out the incredible amount of work on his official website here, which also features a biography of the artist.

In March 2014 I published an exclusive interview with Renato and it can be read by clicking here. This artwork was also used for the UK video release cover and accompanying poster. To see the other posters I have collected for Innerspace click here. The other posters I’ve collected by Renato Casaro are here.