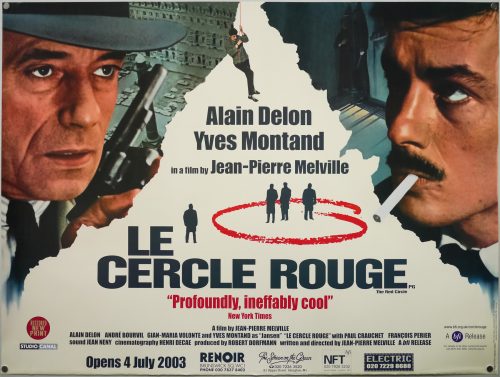 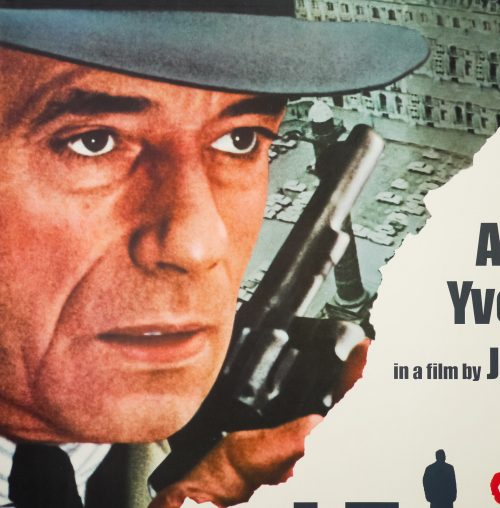 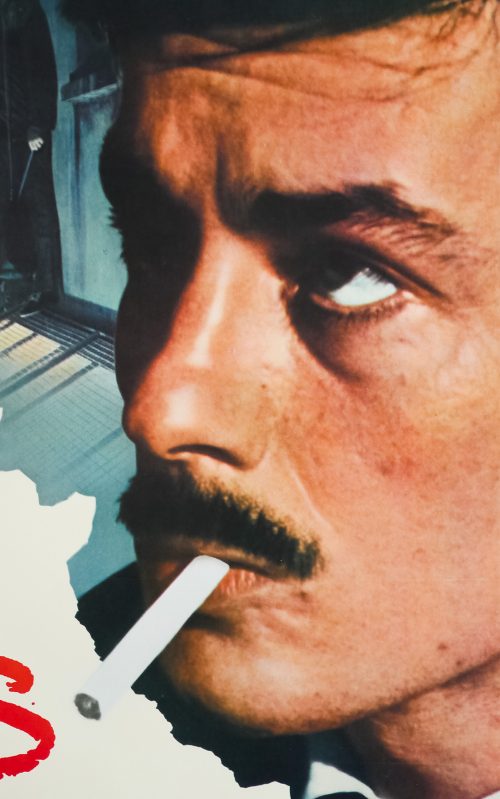 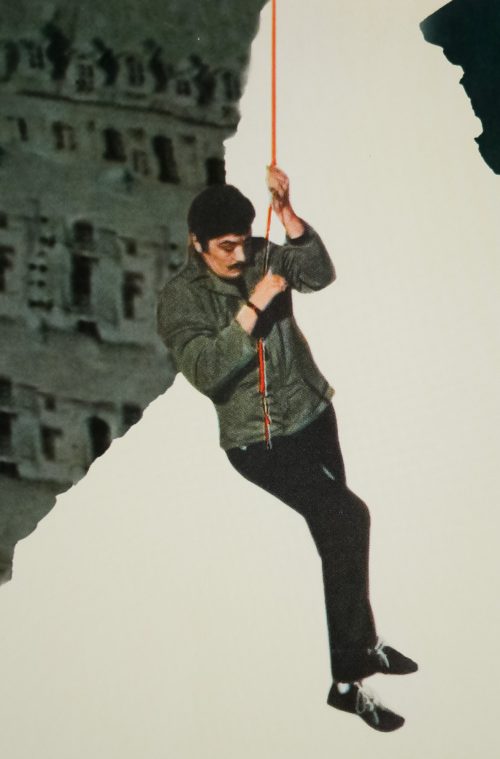 This is a British quad poster for a 2003 re-release of the classic French crime-thriller Le Cercle Rouge, which was coordinated by the British Film Institute. The film was the penultimate release from the legendary French filmmaker Jean-Pierre Melville who was born in 1917 and worked as a fighter in the French resistance during World War II. Melville was infatuated with American cinema and in particular films in the crime and thriller genres. After failing to break into the established French film industry he decided to become an independent, even setting up his own studio in a suburb of Paris. He soon became known for his film noir crime dramas and saw great success with titles such as Bob le Flambeur (1956), Le Doulos (1962) and Le Samouraï (1967).

Le Cercle Rouge saw Melville reunited with the French superstar actor Alain Delon, who had appeared in Le Samourai, and the cast also included the celebrated Italian-French actor Yves Montand. Other actors in the very male-heavy cast include Bourvil (known by a single moniker), best known for comedy features, and Italian actor Gian Maria Volontè, a collaborator with Sergio Leone during the 1960s. Delon plays Corey, a man with a criminal background who is released from prison, but not before a corrupt guard tells him about an ‘easy’ job that could net him big money. At the same time, the audience also sees a prisoner named Vogel escape from a moving train and evade recapture by Commissaire Mattei (Bourvil).

Eventually the two men are brought together when Vogel happens to climb into the boot of Corey’s car whilst on the run in the French countryside. The two establish a companionship of sorts and Corey details the possible heist. Vogel likes what he hears and suggests a sharpshooter who will be able to help them in the form of Jansen (Montand), a former police officer and noted crackshot. Once plans are in place, the trio pull off the heist in a famous 25 minute sequence in which not a word is spoken by any of the characters. Once the loot is secure the film then follows their attempts to sell it with Commissaire Mattei still in hot pursuit. The film was a critical success despite initially being released in some markets (such as the US) in a truncated version that saw over 40 minutes removed. Today the film is a cult favourite and celebrated as one of Melville’s best films.

I’m unsure who is responsible for the design of this quad so if anyone has any ideas please get in touch.