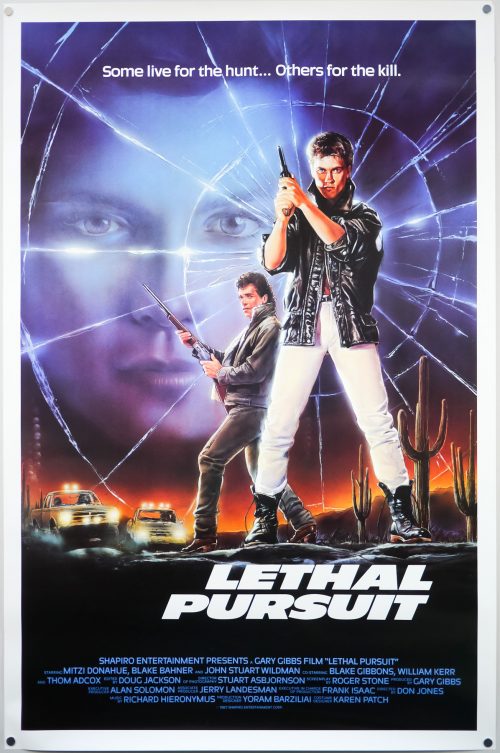 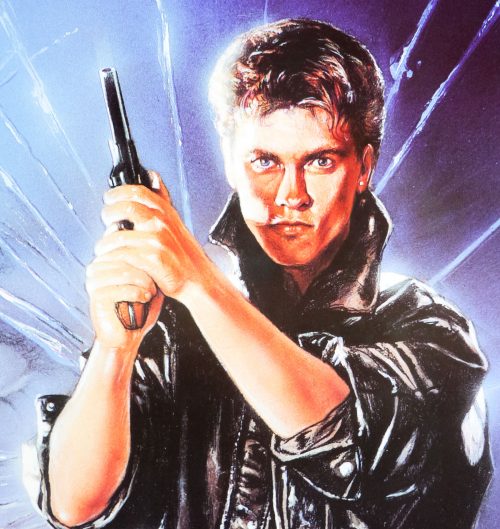 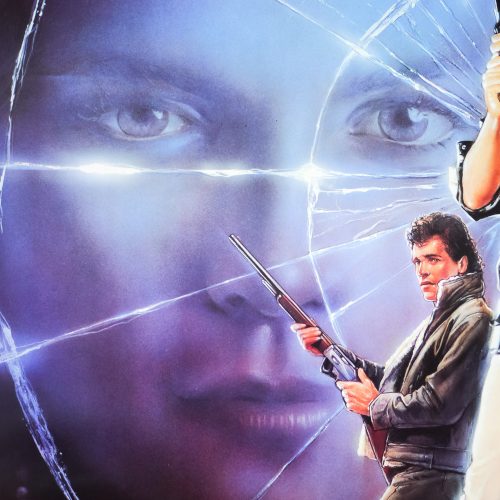 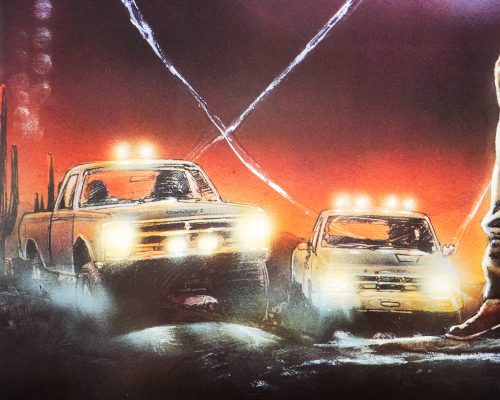 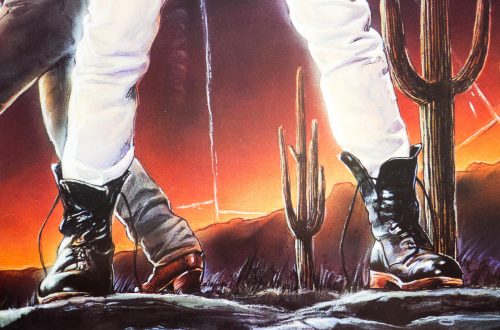 Tagline
Some live for the hunt... Others for the kill.

Definitely one of those cases where the poster is the best thing about the film, Lethal Pursuit is a forgotten action b-movie from 1988. It appears to have only had a cinema release in a handful of countries and was straight to video in others. It hasn’t been given a DVD release anywhere in the world as far as I can tell. The IMDb plot description says:

A rock star babe and her hunky honey find themselves targeted by her psychotic ex, whose insane jealousy sparks a deadly game of desert cat-and-mouse.

There’s a single review on the film’s IMDb page and it’s rather damning. Here’s some excerpts:

There is not much to say except simply, do not watch this film. In fact, if you are reading this I must ask why you even looked this movie up? If you are here because you saw this in the 99 cent VHS bin at the Good Will, where it probably can be found, and want to know weather to buy it. PASS! You will want your dollar back.

Best way to sum it up. Think of every little detail that makes a film a film. Then take this sentence “The ____ of/in this film is awful in every way.” and insert every one of those details. And you have a summary.

There’s an illustrated review of the film on the Betamax Rundown site.

I’ve discovered that this illustration can be credited to the American artist Bill Garland who is probably best known for the brilliant original Mad Max one sheet, but has worked on several other film posters. The artist has a page on Phosphor Art featuring a short biography as well as a selection of his art. It details that Garland has been working for over 30 years and started his career as a Ford Motor company scholar and used these core technical skills to ‘enhance his command of a wide range of artistic styles’. In addition to working with Hollywood studios, Garland also carried out work for commercial clients like Coca Cola and the NFL. I can’t find an official site for the artist so if anyone knows any more details about him please get in touch.