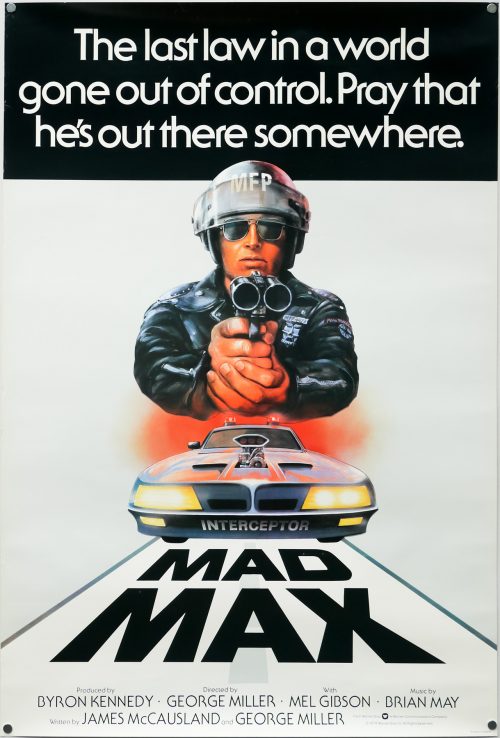 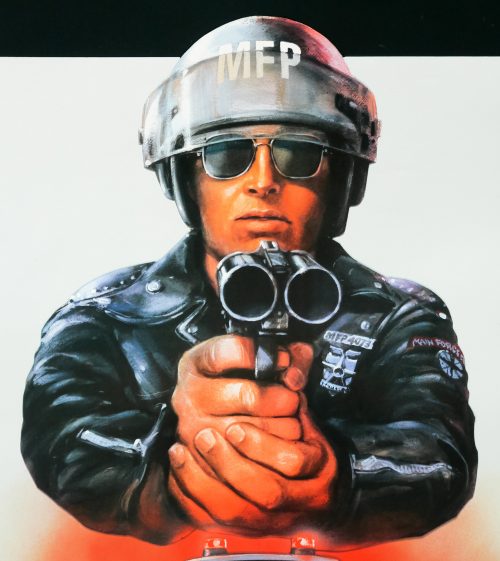 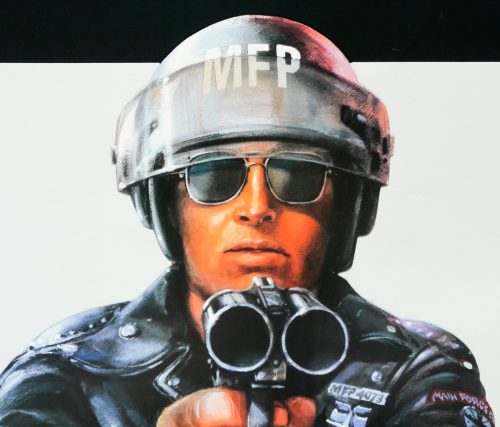 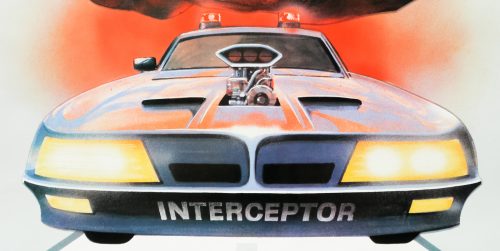 This UK one sheet was designed and illustrated by Tom Beauvais, a British artist with a lengthy career working in film marketing which saw him design and/or illustrate several notable posters, including the quad for Butch Cassidy and the Sundance Kid and the infamous ‘rotten hand bursting from the ground’ image for Lucio Fulci’s Zombie Flesh Eaters. In 2012 I was lucky enough to meet and interview Tom and the article can be read here. The Mad Max poster was discussed during the meeting:

As well as this UK one sheet there was a British quad poster printed for the title that was designed by Beauvais and features the same artwork. The quad is also part of the Film on Paper collection and it can be viewed here.