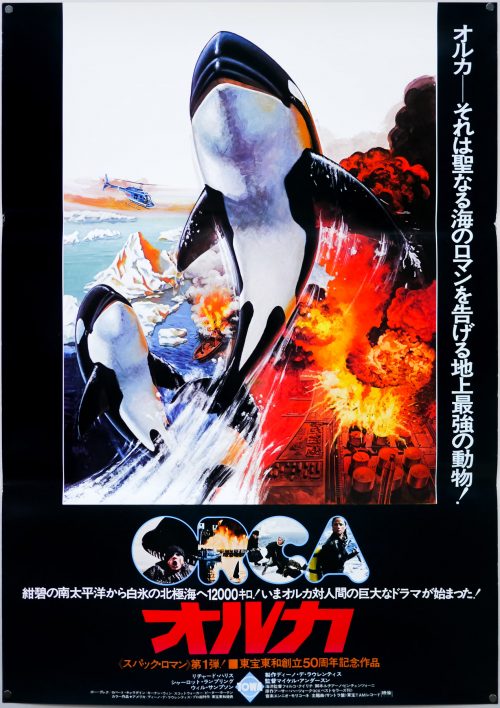 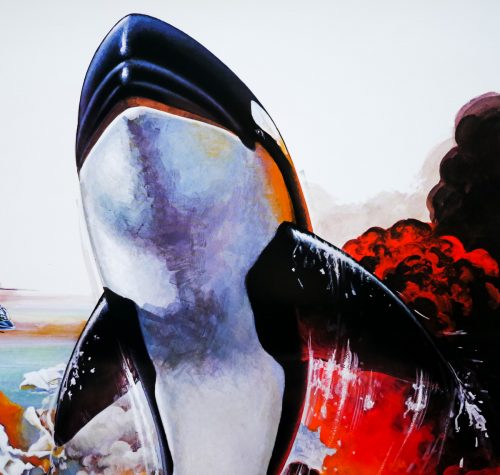 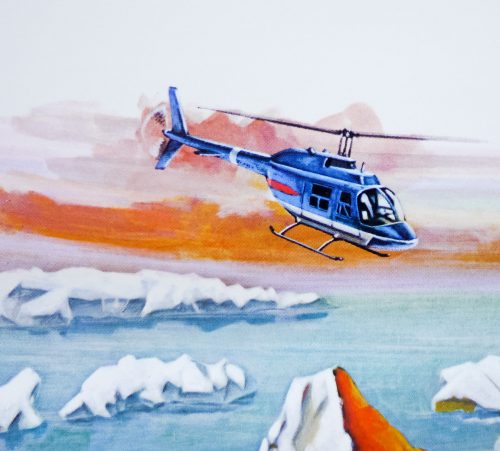 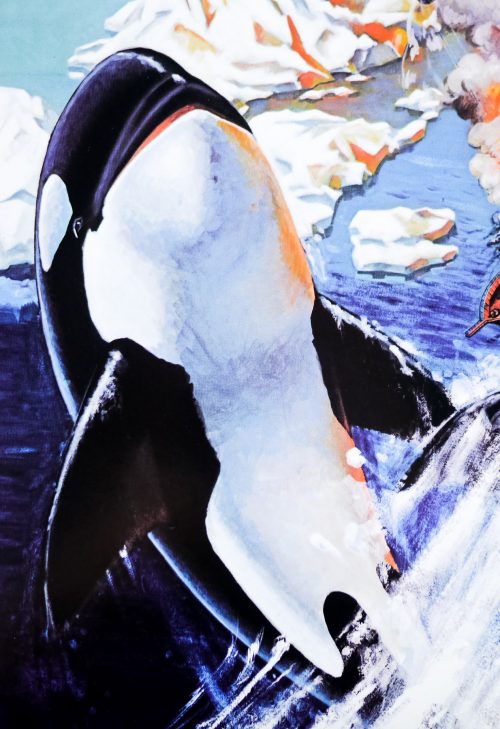 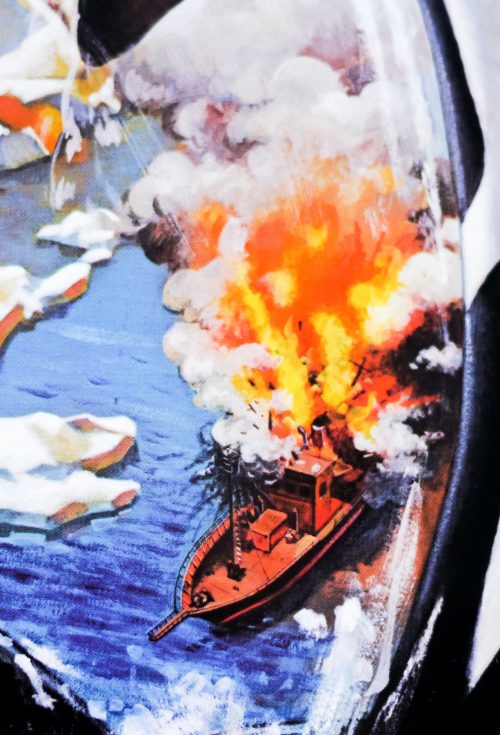 The artwork on the American one sheet was painted by John Berkey who also worked on the poster for the De Laurentiis produced remake of King Kong a year earlier, and the Orca art was also used for the British quad. The Japanese marketing campaign, however, featured at least three B2-sized posters, including this one, that featured artwork apparently unique to the posters and only the B1 format used the Berkey painting. I’ve called this B2 the ‘style A (black surround)’ and I also have the other two styles which will be added to the site eventually. I’ve been unable to find out who is responsible for this artwork so if you have any ideas please get in touch.