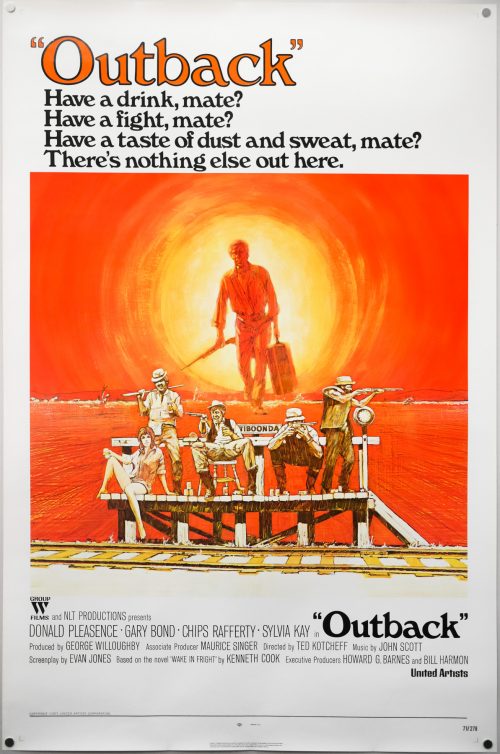 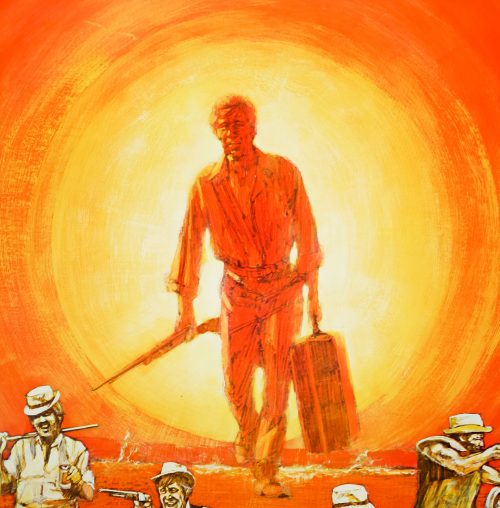 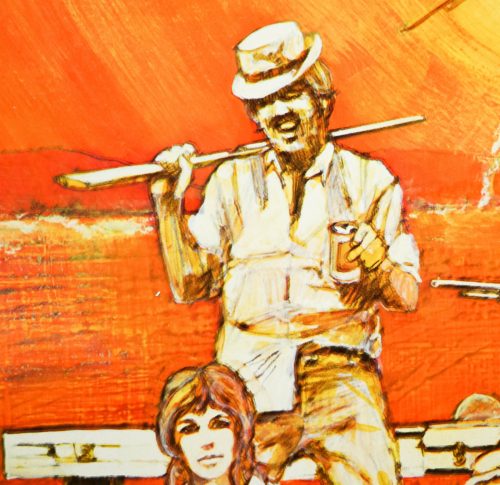 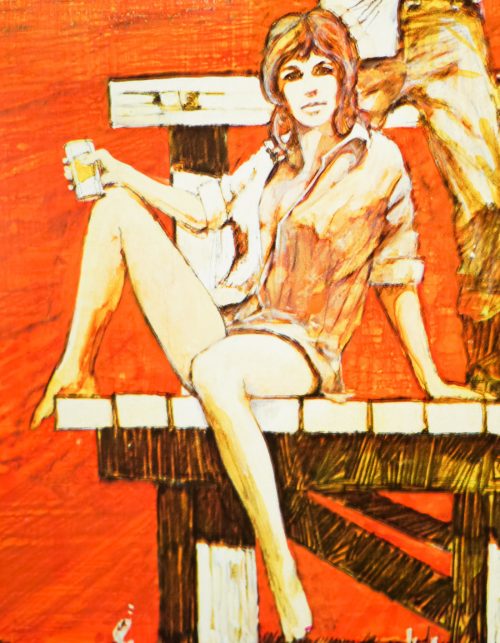 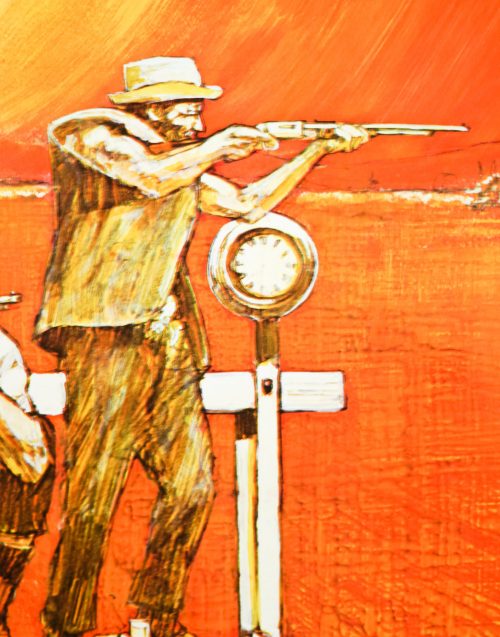 AKA
Wake in Fright

Tagline
Have a drink, mate? Have a fight, mate? Have some dust and sweat, mate? There's nothing else out here.

Outback (AKA Wake in Fright) was originally released in 1971 to a strong critical reception and decent box-office figures in countries like the UK, but it was almost a lost film by turn of the century. Only released in a few markets during the early 1970s, the film was seemingly forgotten about by the end of the decade and when Anthony Buckley, the editor of the film began looking for the original materials in 1996 it would be six years before he finally tracked them down to a warehouse in Pittsburgh. He was just in time since they were due to be destroyed only a week later. A full restoration was instigated and the results were screened at the 2009 Cannes Film Festival to great acclaim. The film was given a worldwide release shortly after and was put out on the blu-ray format at the same time.

An Australian-American co-production, the film was based on Australian author Kenneth Cook‘s 1961 novel Wake in Fright, which was the title it would be released with in Australia (and re-christened for its recent release everywhere). The film’s rights were acquired soon after the book was released but it would be several years before producers from NLT and Group W got involved and invited the Canadian director Ted Kotcheff (First Blood) to helm the adaptation. Kotcheff had never been to Australia before then and now admits to having known little about the outback and the situations he would go on to portray, but he immersed himself in the culture whilst filming on location and the results are clear to see on screen.

The late British actor Gary Bond plays John Grant, a teacher from Sydney who has agreed to the terms of a financial bond with the Australian government that guarantees him a tertiary eduction but means he has to take a teaching job in a remote outback township called Tiboonda. At the start of the Christmas holidays he sets off on a journey back to Sydney to see his girlfriend, which takes him via the mining town of Bundanyabba, known as The Yabba. He visits a bar where he meets a friendly but eccentric policeman (played by Chips Rafferty in his final role) who introduces him to the local gambling obsession of two-up. After winning a few rounds John gets carried away and decides to bet all his winnings to try and escape from the government bond. Unfortunately, luck is not on his side and he’s soon stuck in The Yabba, relying on the kindness of strangers to keep him afloat.

At another bar he meets a local called Tim Hynes (Al Thomas) who invites John back to his home. There he meets Tim’s daughter Jeanette and a bunch of his friends. Things take a dark turn from there as John is drawn into sordid events and descends into a drunken stupor with the aid of the gang of local men, led by alcoholic doctor Doc Tydon (played by a memorably wild-eyed Donald Pleasence). John eventually takes part in a horrific night-time kangaroo hunt that sees the men drunkenly shooting at the poor beasts before John is forced to stab an injured young kangaroo to death. Despite attempting to escape The Yabba via hitch-hiking, he soon finds himself back in the town carrying only a loaded rifle.

The film has a distinctly menacing atmosphere and you can’t help but put yourself in the shoes of John Grant, a man out of place, trapped in an oppressively hot and sticky environment. At some points you can practically taste the dust and sweat. The film attracted controversy for the kangaroo hunting scene, which featured graphic footage shot by Kotcheff and a camera crew after they’d joined a real kangaroo hunt during which the men with the rifles got progressively drunker whilst the night wore on. It’s still deeply unsettling to watch to this day, much like similar footage of animal cruelty in films like Cannibal Holocaust.

This artwork was used for the American marketing campaign and I think it was an adaptation of the Australian art (the two are very similar but there are a few notable differences). I’ve been unable to determine the name of the artist so if anyone has an idea please get in touch.