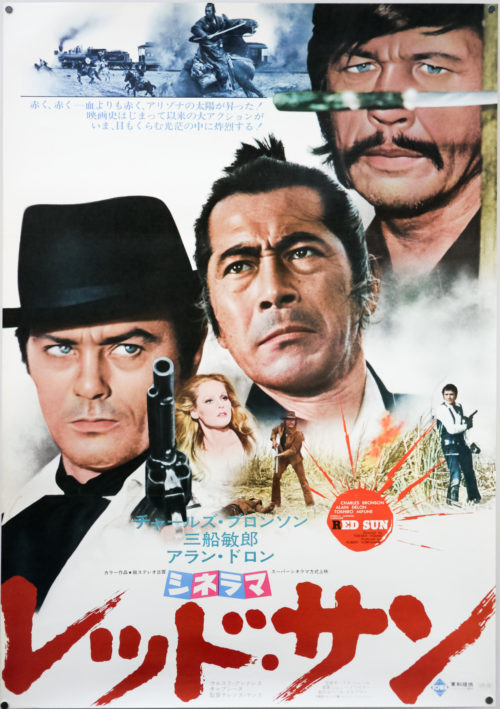 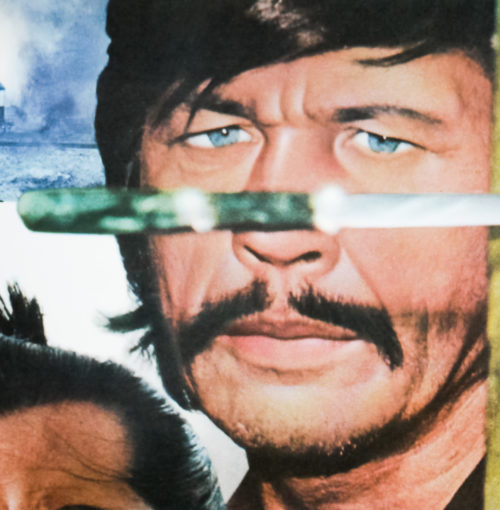 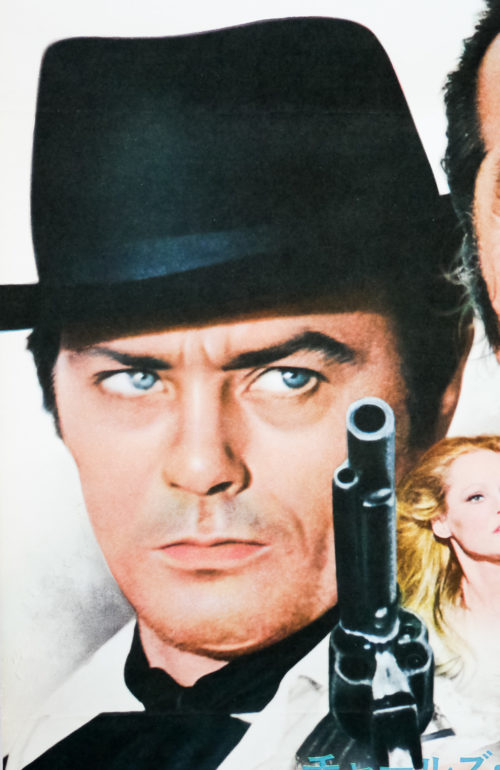 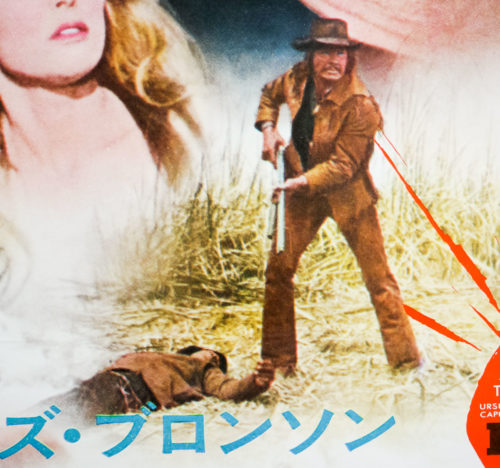 The film sees two ruthless robbers, Link (Bronson) and Gauche (Delon) attack a train bound for Washington carrying the Japanese ambassador. During the raid Gauche steals a very valuable sword and then betrays Link, trying to kill him before escaping with the loot. Link must team up with the only surviving Samurai escort of the ambassador (Mifune) and track down Gauche before it’s too late.

This Japanese B2 features photographic portraits of the main actors and is markedly different to the US poster.