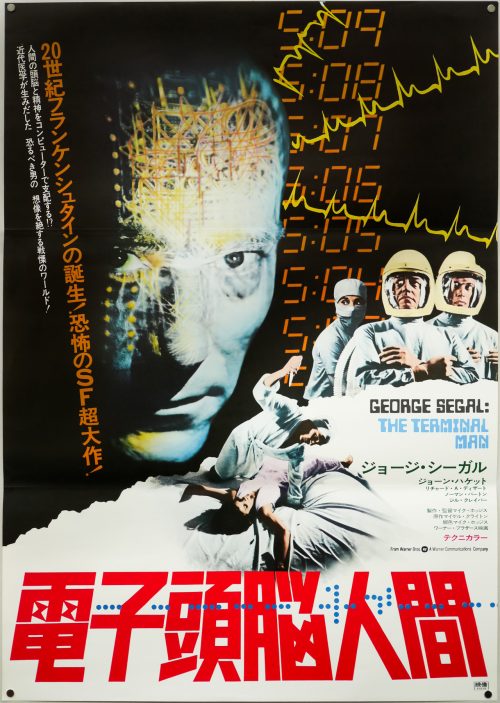 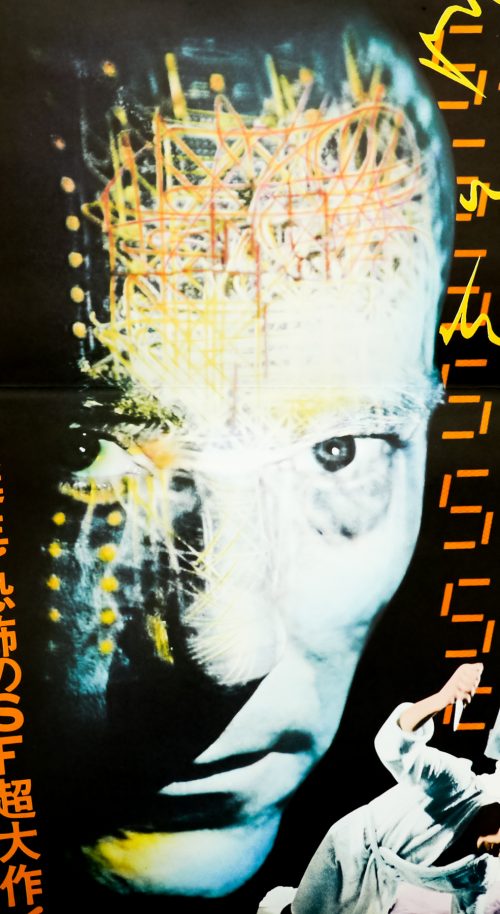 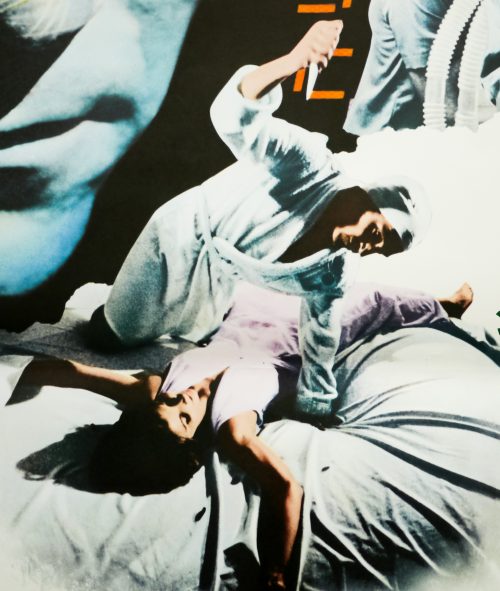 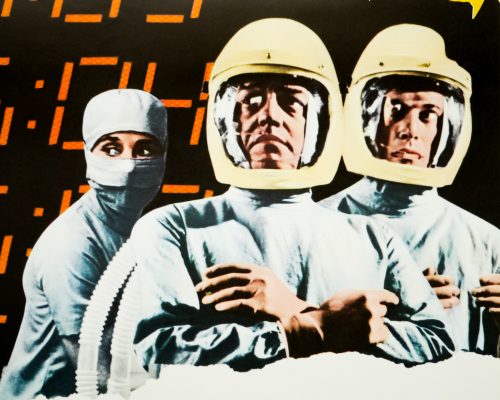 This is the Japanese B2 poster for the release of The Terminal Man, a 1972 sci-fi film from Mike Hodges, the director of Get Carter and Flash Gordon, and based on the Michael Crichton novel of the same name. George Segal stars as a computer scientist who, after suffering a series of seizures and violent episodes, agrees to have a microcomputer inserted into his brain. Unfortunately the operation has some unwanted side effects and triggers his brain into craving more violent stimuli, sending him over the edge.

The film wasn’t particularly well received at the box office and was never given a UK cinema release. It was only released on DVD in 2009 as a part of the on demand Warner Archive program.

There’s a strange bit of trivia on the Wikipedia page for the film:  Terrence Malick, the director of Badlands, reportedly has written to Hodges expressing how much he loved watching The Terminal Man.