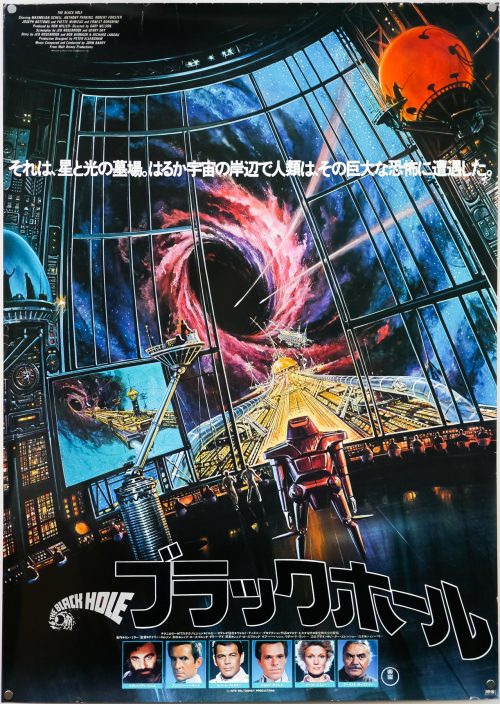 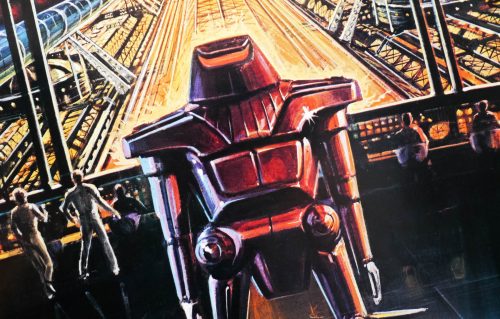 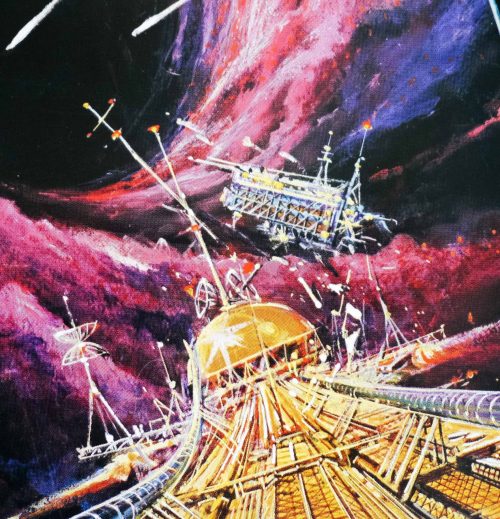 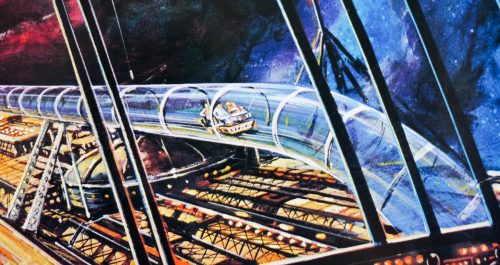 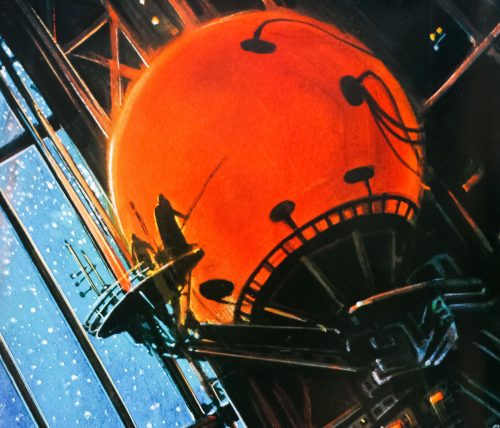 A unique and detailed illustration on this B1 poster for the Japanese release of Disney’s live-action oddity, The Black Hole. The film focuses on the crew of a ship (the USS Palomino) returning from a deep-space exploration mission that discovers a black hole with an apparently derelict ship drifting nearby. After docking with the ship (The long-lost USS Cygnus) the crew meets the commander Doctor Hans Reinhardt (Maximilian Schell) and his team of robots, but there is no sign of the human crew. The Palomino’s crew, including Dr Alex Durant (Anthony Perkins) and Dr. Kate McCrae (Yvette Mimieux), must race against time to discover the mystery behind their disappearance and exactly what Dr Reinhardt’s intentions are.

Despite an extremely hokey script and some decidedly dodgy attempts to emulate the success of Star Wars, the film has several things that make it worth a watch, including some impressive special effects (certainly notable in 1979), well-realised space scenes, a great score by the late John Barry and an excellent robot design in the form of the sinister Maximilian (who stands in the centre of this poster). This poster illustrates the moment that the USS Cygnus begins to be torn apart as it enters the black hole – check out the detail of the Palomino’s crew zooming back towards the bridge on the monorail.

The other posters I’ve collected for the film can be seen here. Check out this excellent special poster and the B2.

Note: Although the poster has been on the site since launch I acquired a better condition copy of it recently, which is why I felt it deserved highlighting now.