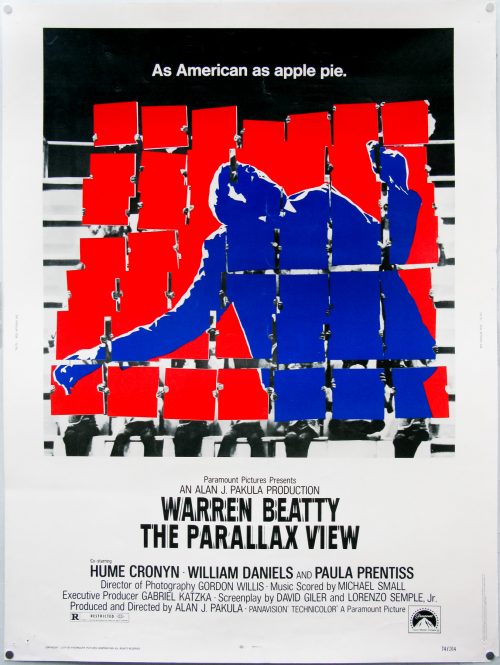 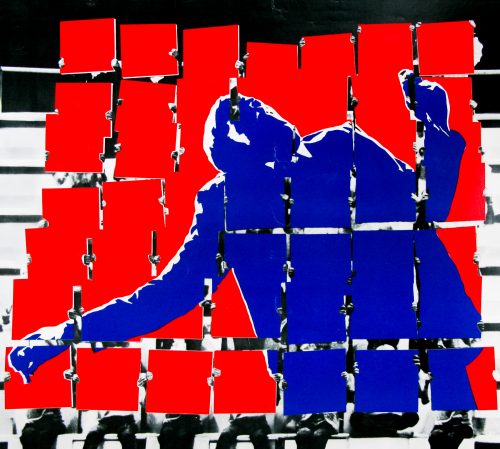 Tagline
As American as apple pie.

1974 was a good year for fans of conspiracy theory thrillers as it saw the release of Francis Ford Coppola‘s masterful The Conversation as well as this lesser known, but no less great, flick directed by Alan J Pakula (All the Presidents Men). It stars a poodle-haired Warren Beatty as a reporter investigating a sinister organisation behind a political assassination and remains one of the definitive cat and mouse thrillers of all time.

I’d argue that this poster features one of the best taglines of all time, certainly of the 1970s; it chillingly suggests that the misconduct of corporations featured in the film is business as usual.

I’m not certain who designed the poster so please get in touch if you have an idea.

The film features this memorable line of dialogue: “They say a martini is like a woman’s breast: one ain’t enough and three is too many.”