The Sword And The Sorcerer / one sheet / style A / USA 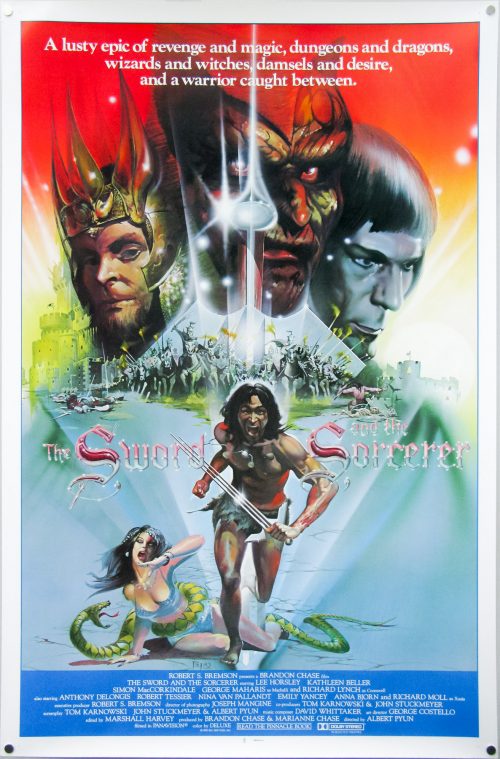 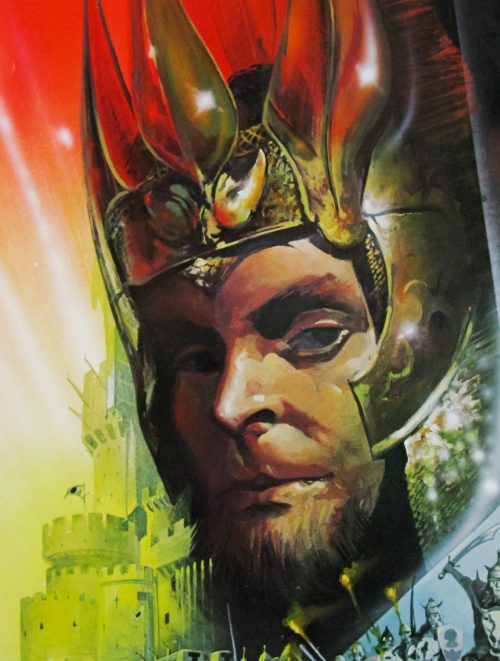 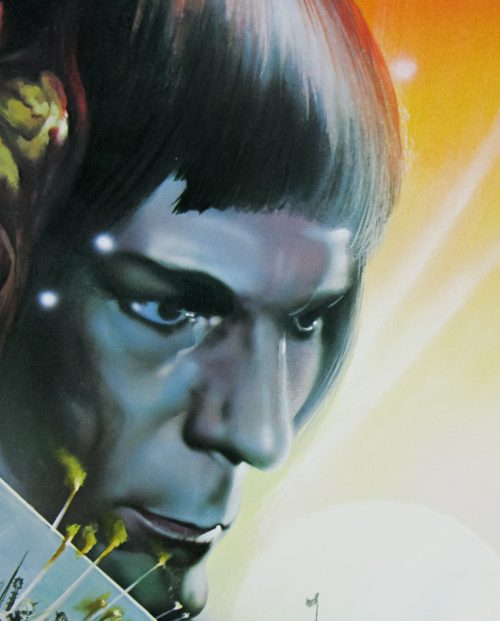 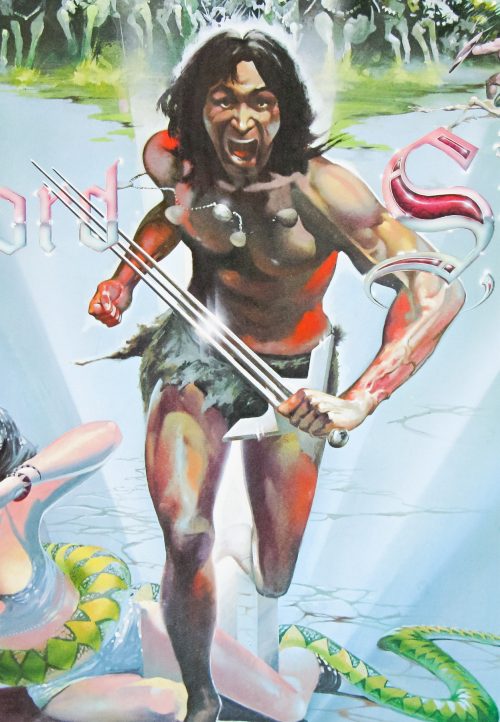 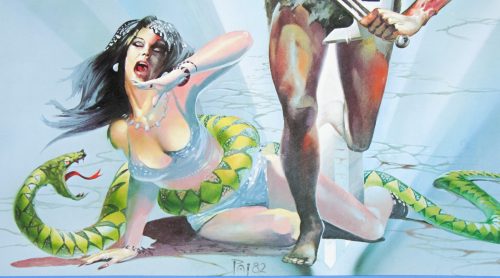 Tagline
A lusty epic of revenge and magic, dungeons and dragons, wizards and witches, damsels and desire, and a warrior caught between.

The artwork on this style A one sheet features the signature PAJ and this belongs to Peter Andrew Jones, a British artist who was born in North London in 1951 and studied at Central St. Martins art school. After graduating in 1974 he began working on book covers for the likes of Philip K. Dick, Arthur C. Clarke and Isaac Asimov. He also painted artwork for the Fighting Fantasy series of books by Steve Jackson and Ian Livingstone, including the cover of the first one published in 1982, The Warlock of Firetop Mountain.

Andrews created covers for video games published by the likes of US Gold and Psygnosis and also worked on magazine covers for Games Workshop that led to him to work on game art for several releases for the company. He only worked on a handful of film posters, which included one for Alligator II and the two one sheets for The Sword and the Sorcerer (style A and style B). These posters were adapted by the artist Brian Bysouth for the UK quad. Andrews continues to paint to this day from his home studio in Shropshire. His official site contains plenty of galleries of his work and links to buy books, prints and more.