The Watcher in the Woods / quad / UK 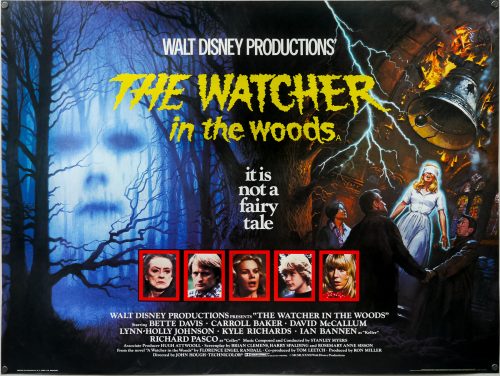 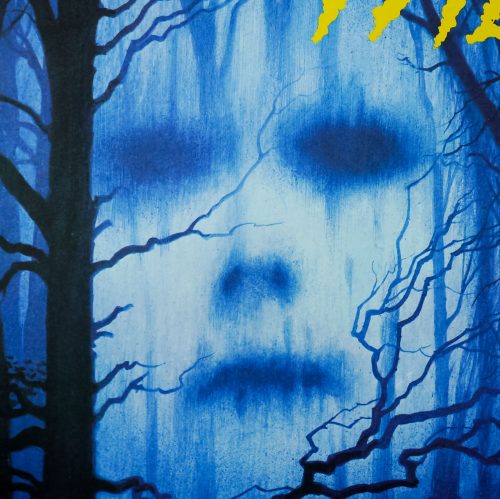 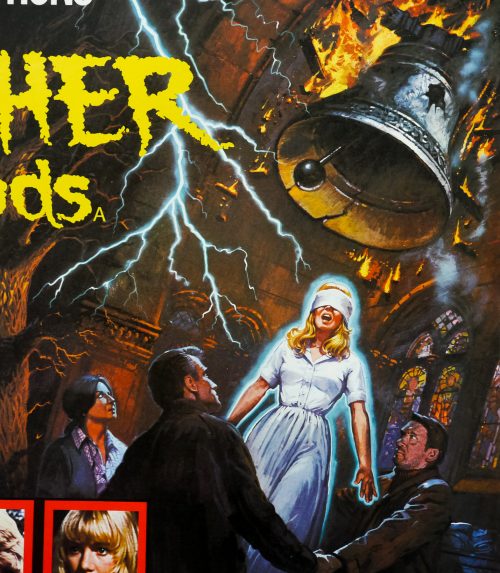 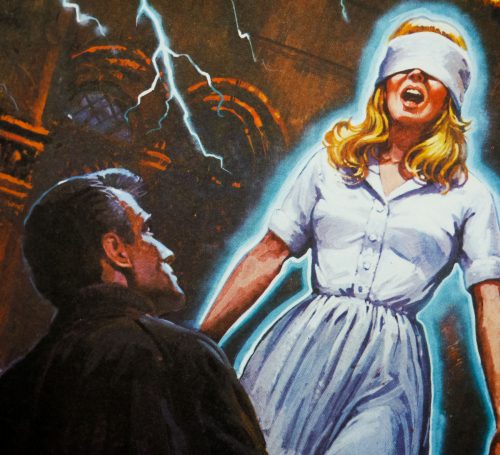 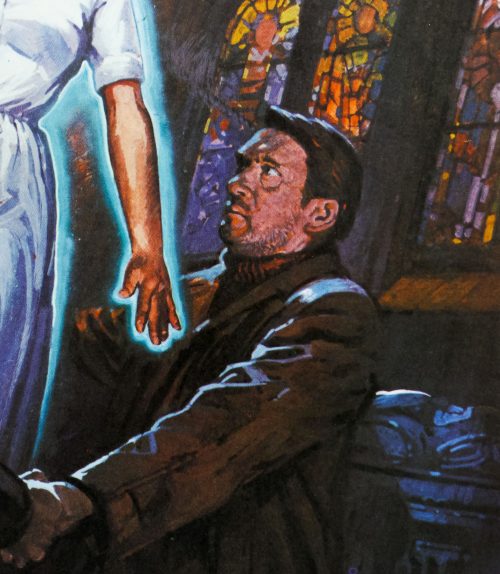 Title
The Watcher in the Woods

Tagline
it is not a fairy tale

Another of Disney’s forays into live-action filmmaking (this was actually the studio’s second PG-rated film after 1979’s The Black Hole), The Watcher in the Woods is an eerie mystery thriller that absolutely terrified me when I first watched it as a child in the 1980s. An Anglo-American co-production, the film was helmed by John Hough and English director who had proved his horror chops with the adults-only The Legend of Hell House (1973) and was chosen by the American producer Ron Miller to work on this film. Legendary Hollywood actress Bette Davis was lined up to star and the year of production coincided with her 50th in the business.

The story sees an Anglo-American family move to a manor house surrounded by thick woodland that is owned by Mrs. Aylwood (Davis). One of the daughters, Jan (played by Lynn-Holly Johnson, the real-life figure-skater who would appear in For Your Eyes Only soon after), is told she bears a striking resemblance to Mrs Aylwood’s daughter Karen who went missing 30 years earlier. Jan begins to see strange apparitions in the forest and suffers a series of unexplainable phenomena. After discovering an abandoned church in the middle of the woods, Jan finds that there’s more to Karen’s disappearance than she’s been told and it’s not long before the secret behind the ‘Watcher’ is revealed.

This British quad features an illustration of the scene that terrified me the most when I first saw the film, which is the moment that a ritual is carried out inside the church during a violent thunderstorm. It also features an image of the Watcher in the form seen in the final release, but as the Wikipedia article on the film details there had originally been an alternative ending to the film that showed it in a much different form. The first ending apparently went down disastrously with test audiences and critics because of the poor quality of the creature effects and the studio took the decision to reshoot a new one without the participation of John Hough. The original ending can be viewed on YouTube.

This poster was illustrated by one of my favourite British artists, Brian Bysouth, who worked on a number of posters for Disney during the 1970s and 1980s, including for several of their animated titles. You can read my extensive interview with the man himself by clicking here. The other posters I’ve collected by him can be seen by clicking here.