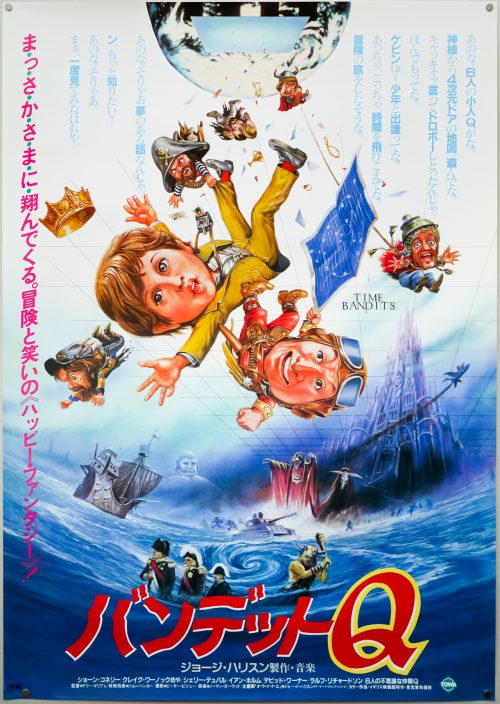 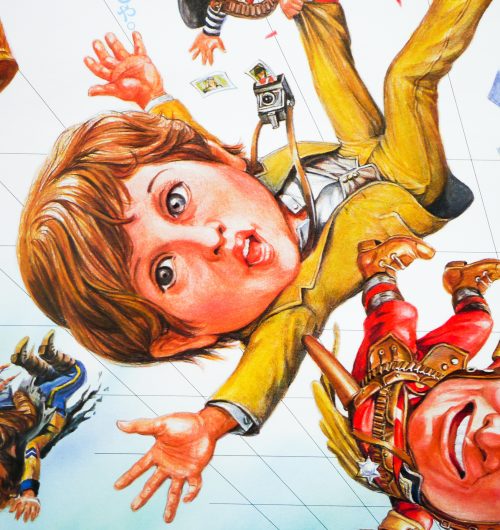 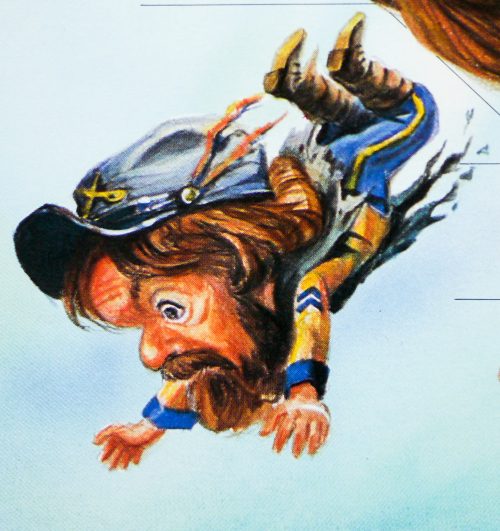 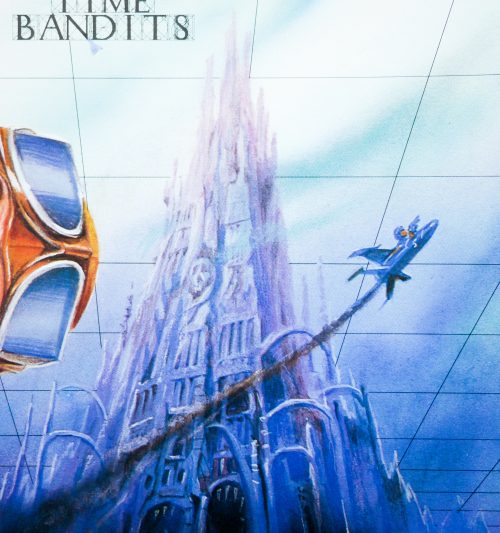 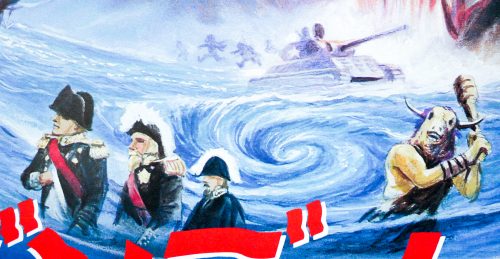 This Japanese B2 for Terry Gilliam‘s time-travelling fantasy Time Bandits features unique artwork exclusive to the poster. The 1981 film is one of the director’s best, in my opinion, and features typically brilliant imagery combined with a great cast, including a few surprising cameos.

The film follows 11-year-old Kevin (Craig Warnock) and his adventures with a troupe of time-travelling dwarves who are on the run from their master, the Supreme Being. As the gang use a special map to hop through holes in the universe and into different time periods they soon realise that their journey is being controlled by a sinister force. It’s not long before they are forced to confront Evil and save themselves from certain death. The ending of the film, which I won’t spoil, is brilliantly bonkers.

According to IMDb, in 1996 Terry Gilliam and [screenwriter and actor] Charles McKeown collaborated on a script for Time Bandits 2, bringing back most of the original cast, with the exceptions of David Rappaport and Tiny Ross who had passed away a few years before, and owing to Jack Purvis being paralysed from a car accident, his character was written to be in a similar state. But following the death of Purvis, the project was shelved indefinitely.

I’m unsure who is responsible for the artwork on this poster and there are no signatures or any other identifying marks. If you have any ideas please get in touch.