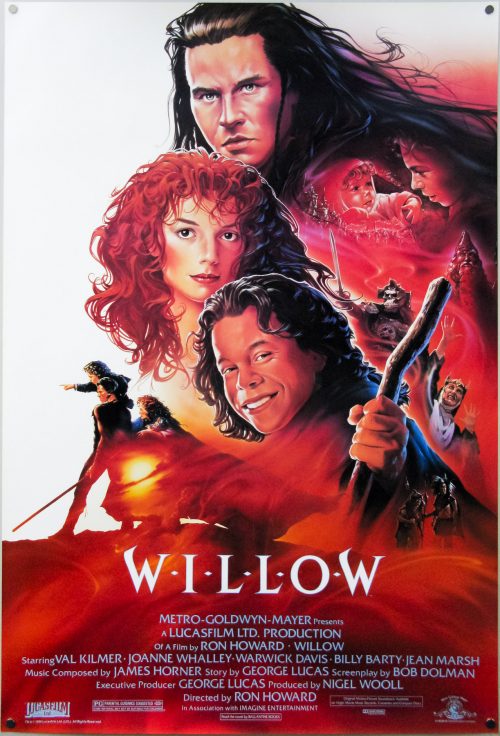 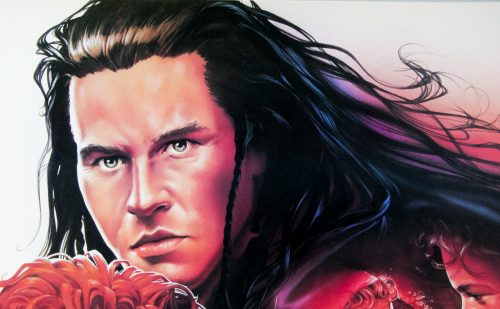 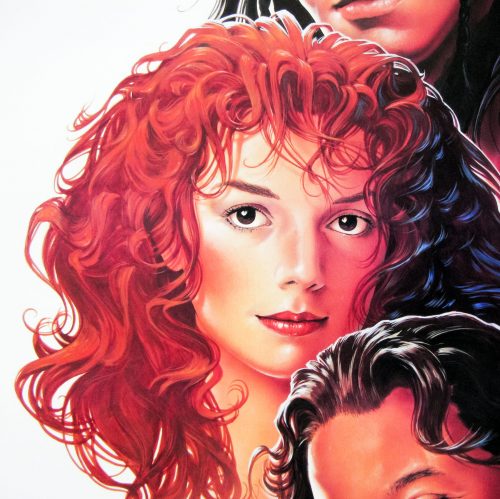 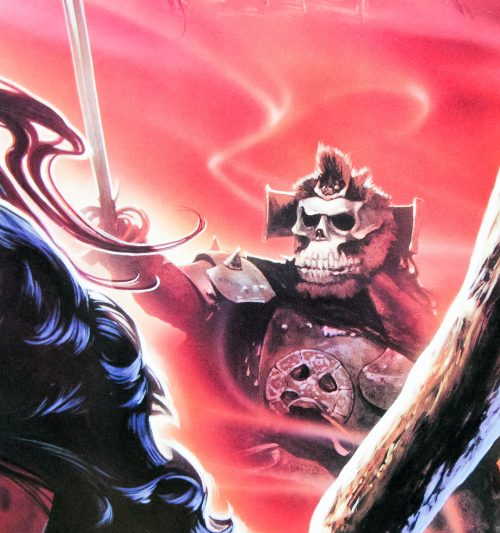 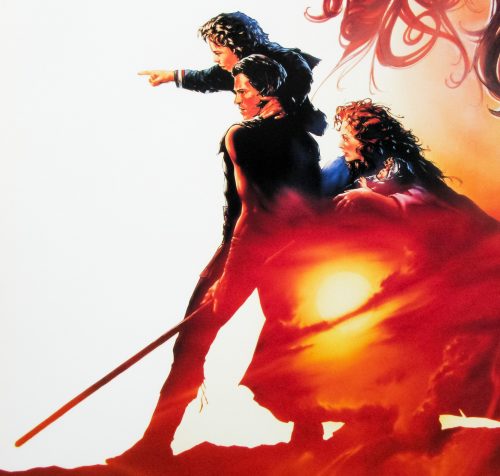 Excellent artwork by John Alvin features on this US one sheet for the release of Ron Howard‘s 1988 fantasy film Willow, which was conceived of by George Lucas. British actor Warwick Davis features as the eponymous hero and the part had been written specifically with him in mind after he appeared as an Ewok in Lucas’ Return of the Jedi. The story begins as the evil Queen Bavmorda (Jean Marsh) hears of a prophecy that a newborn child will bring about her downfall and sets about imprisoning all pregnant women in her castle’s dungeon.

The late American designer and artist John Alvin was responsible for over 135 film poster designs over a thirty year period. Alvin painted many unforgettable pieces of artwork, including Blade Runner and E.T. The Extra Terrestrial. The gallery of his posters on IMPAwards gives you an idea of the range of his work. Alvin sadly passed away too early, just shy of his 60th birthday (in 2008), but his fantastic designs will live on for generations to come.