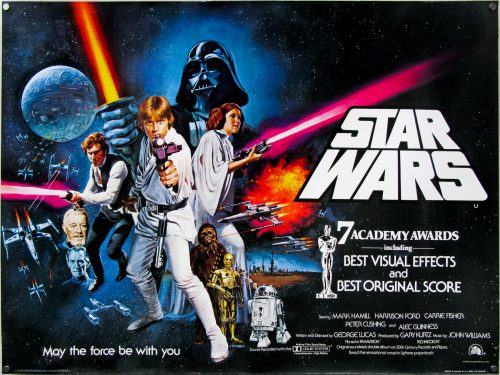 This particular style of the poster is known as the ‘Oscars version’, so called because it was printed once the film had won a handful of Academy Awards a few months after the original UK release. Whilst it would be nice to have the non-Oscar version I’m certainly not complaining, especially since this one is rolled and in fantastic condition.

Sadly, Tom Chantrell passed away in 2001 and poster historian Sim Branaghan wrote his obituary for the Guardian. He may no longer be with us but his classic designs have stood the test of time and continue to impress decades later.