A Nightmare on Elm Street 4: The Dream Master / quad / UK 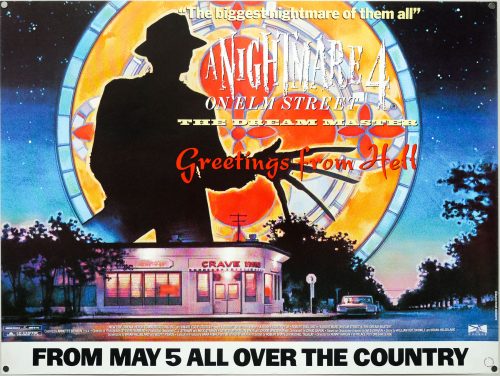 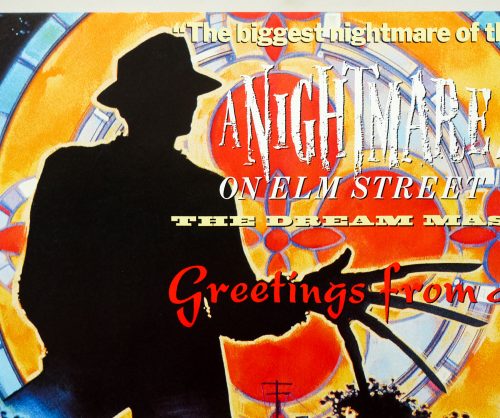 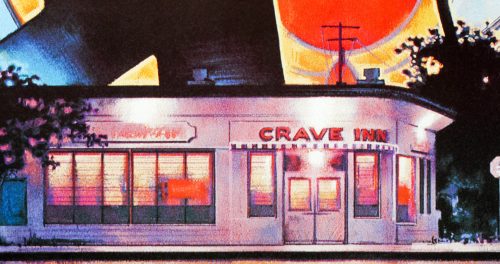 Tagline
"The biggest Nightmare of all"

This is the UK quad for the release of the fourth entry in the ‘A Nightmare on Elm Street’ franchise (subtitled The Dream Master). The film marked a big break for Finnish director Renny Harlin who admitted to heavily petitioning the film’s producer, and founder of New Line Cinema, Robert (Bob) Shaye for the job. Harlin had previously helmed a couple of low-budget flicks (Born American and Prison) but the box-office success of this film led to him being given the job of directing the Die Hard sequel in 1990. Sadly, his career stalled towards the end of that decade following a series of box-office bombs that included Cliffhanger and Cutthroat Island.

Palace Pictures had been handling the British distribution of the horror franchise since the first film and had worked with the same artist, Graham Humphreys, to produce unique poster designs for the UK market. When it came to promoting The Dream Master, Graham produced this quad and a larger 4-sheet (with alternate artwork) for use in cinema lobbies and on billboards. The quad features the stained glass window seen in a sequence involving a dilapidated church near the end of the film, as well as the Crave Inn diner where Alice works (its name is a not very subtle nod to the franchise’s creator).

When I interviewed Graham in 2011 for this site he talked the Elm Street posters and here’s an excerpt:

In 1987 it was back to an illustration for A Nightmare on Elm Street 4. It’s a great image with the ‘Crave Inn Diner’ and the stained glass featuring Freddy in silhouette. Can you remember why they went back to illustration for this?
I think by that time they just felt that they were flogging a dead horse with the Nightmare on Elm Street films. They said ‘take a look at the film and do what you want’. My idea was to do a postcard idea, ‘Greetings from hell’, and unfortunately without a computer it’s very hard to understand how stuff’s going to look when it’s actually printed. So for example with the Evil Dead you’ll notice that the copy line at the top is very hard to read because, tonally, the orange disappears against the purple. Given a computer there are all sorts of things I could have done, like a drop shadow or a glow behind it.

So it was often the case that you wouldn’t know what it was going to look like until you printed it?
No, everything was an experiment. This poster could have been so much different as well though. The stained glass from the final scene in the church was good for me because it was a lovely device that meant I could use the large silhouette [of Freddy]. I also thought it was interesting because at that point the face was so familiar so we could take it dark again; we know who he is. We also did the cheeky James Bond spoof poster.

Ah, you were involved with that?
I was, it was my idea.

Graham also had the idea of creating a small run of double crowns that spoofed the iconic James Bond gun barrel opening sequence created by Maurice Binder and first seen in Dr No (1962). This was because The Dream Master was being released up against The Living Daylights, the latest entry in the long-running spy franchise. The resulting poster can be seen here.