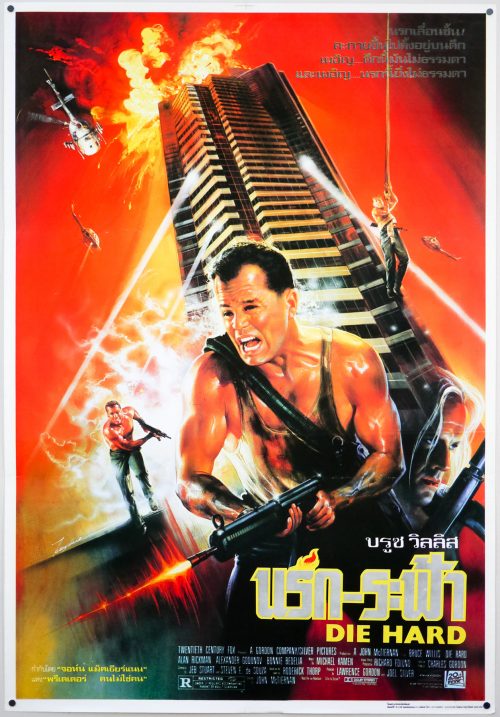 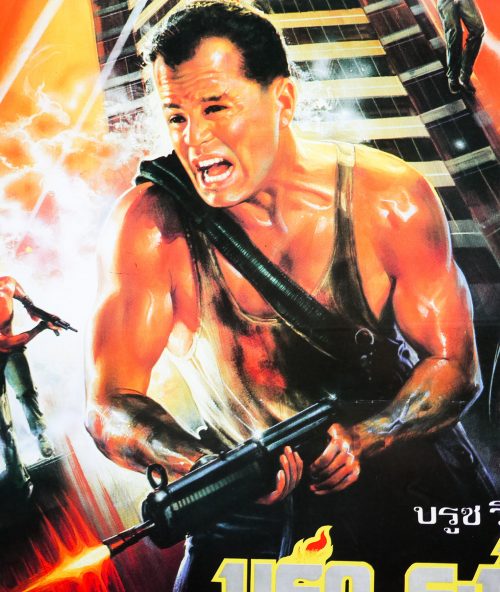 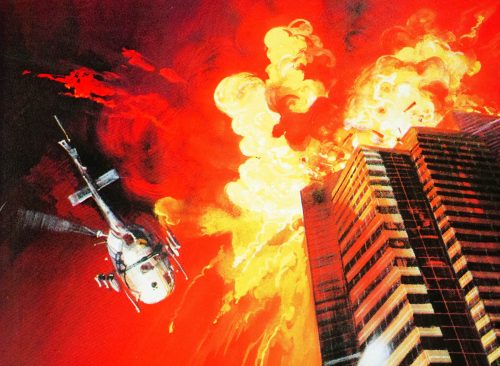 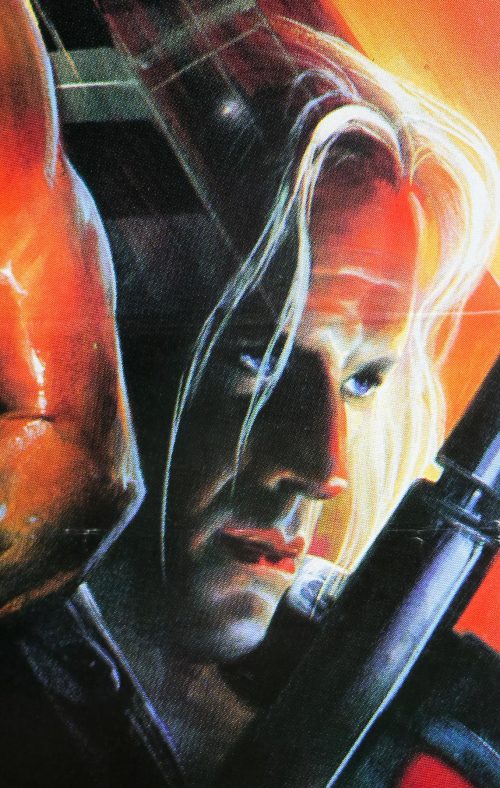 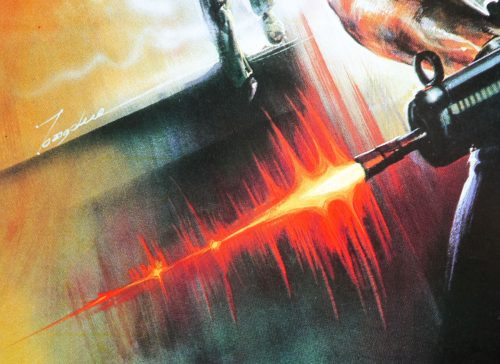 This is the original Thai poster for what is regarded by many film fans as the best action movie of all time. Die Hard stars Bruce Willis in arguably his most iconic role (certainly the part that made him a megastar) as John McClane, the good cop having a very bad day when a terrorist group takes control of Nakatomi Plaza, the office building in which his wife works. John McTiernan was the right director to deliver excitement and unremittingly violent thrills since he’d proven his skill with the superb Predator (1987) and the action in Die Hard continues to escalate to a nail-biting crescendo, with several unforgettable set-pieces.

Alan Rickman delivers an iconic performance as the leader of the terrorists, Hans Gruber, who meets his demise in an oft-parodied, slow-motion manner. What makes the film work so well is the perfectly-balanced script that features a great mix of nerve-shredding action with just the right amount of humour and a series of well-realised characters. The other thing the script does well is to not make the character of John McClane an unstoppable, invincible superhero – he’s a flawed man with his own set of problems and he bleeds when cut just like the rest of us – think the glass on the floor!

This Thai poster was painted by the artist Tongdee Panumas (he signs his posters with just his first name) who was an incredibly prolific Thai film poster artist during the 70s, 80s and 90s but I’ve been unable to find out much about him, other than that he was born in 1947. If anyone has any more information please get in touch. A knowledgeable collector of Thai posters told me that the artists would rarely if ever see the film they were creating the poster for and would instead paint images based on still photos or posters from other countries. This led to some wild designs and even some artwork with characters and elements that didn’t even appear in the actual film!