E.T. the Extra-Terrestrial / B1 / Poland 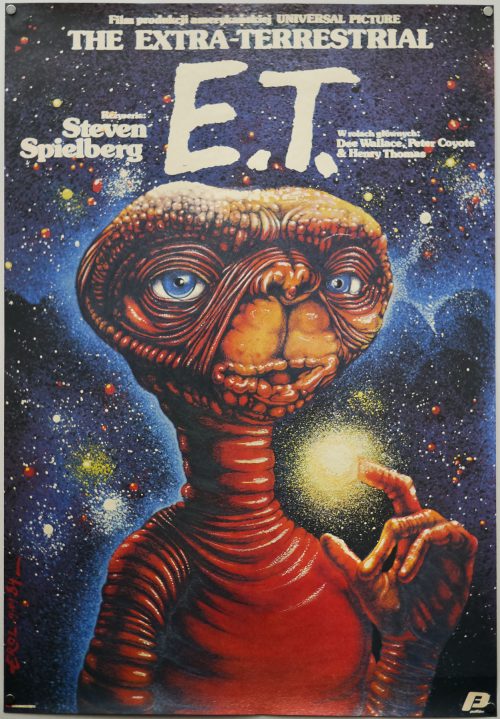 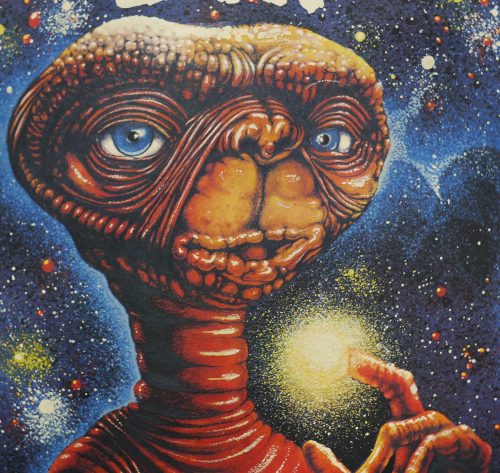 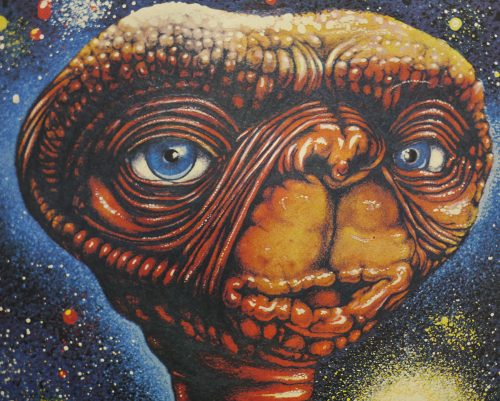 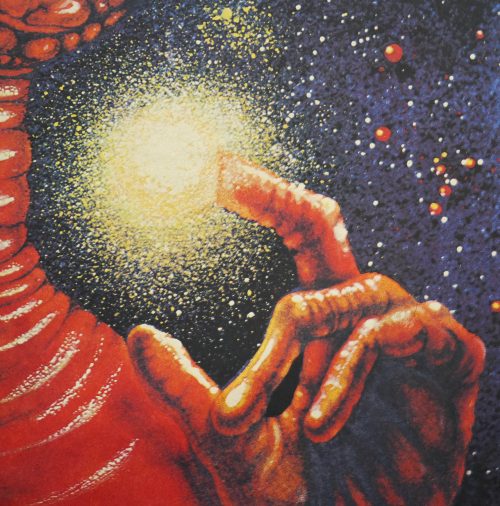 This is the original Polish poster for the first release (in 1984) of Steven Spielberg’s sci-fi masterpiece, E.T. the Extra-Terrestrial. The story of a small alien who gets stranded on earth and meets a young boy called Elliot (Henry Thomas) touched the hearts of millions of movie-goers around the world. Within a year of its release it was crowned the highest-grossing film of all time, overtaking the previous leader, George Lucas’ Star Wars (this record has since been bested by over forty films in the intervening years). 2012 saw E.T. celebrate its 30th anniversary and having watched the blu-ray release recently there’s no question that it has stood the test of time well.

This poster is one of only a few from the worldwide marketing campaign to feature a full depiction of E.T. and this was likely okayed because it’s release in Poland came two years after most other territories and revealing the alien would have been less of an issue. Note that the top part of the poster is slightly blurry around the text but this is the case on every copy of the poster I’ve seen. As is typical of Polish posters printed around this period, the paper is of a lower grade and the printing processes meant that images were never as sharp as they would be elsewhere in the world.

This poster was created by the designer and artist Jakub Erol who was born in Zamość in 1941 and graduated from the Warsaw Academy of Fine Arts in 1968. He worked as a prolific poster artist for over 25 years and designed several iconic images for both Polish and American films. Some of his other poster highlights include the bizarre image he conjured up for Ridley Scott’s Alien, a striking design for James Cameron’s The Terminator and the poster for Robocop. One of his best, in my opinion, is the skull-style poster he created for the release of Raiders of the Lost Ark.