Raiders of the Lost Ark / B1 / Skull style / Poland 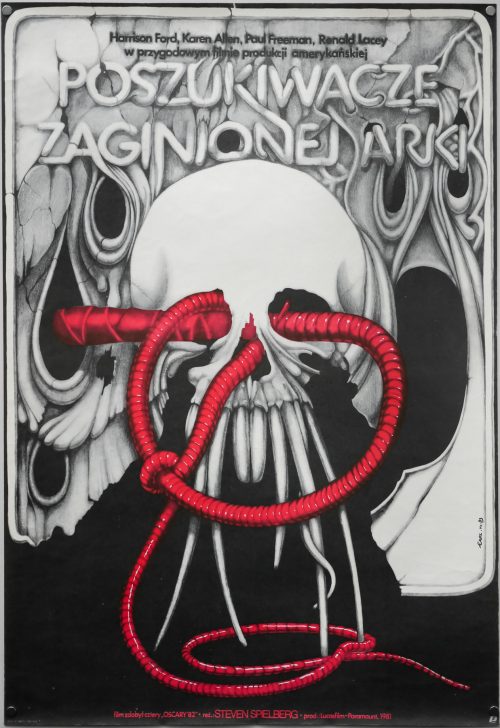 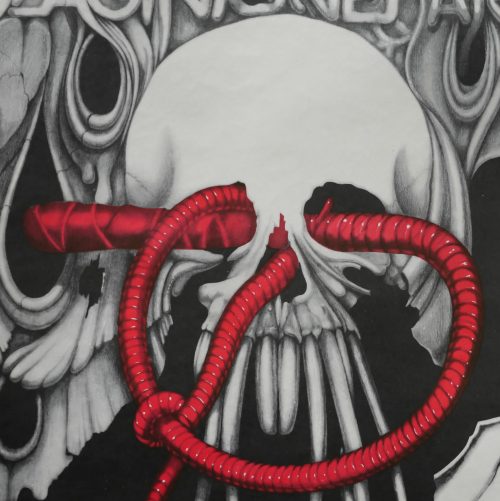 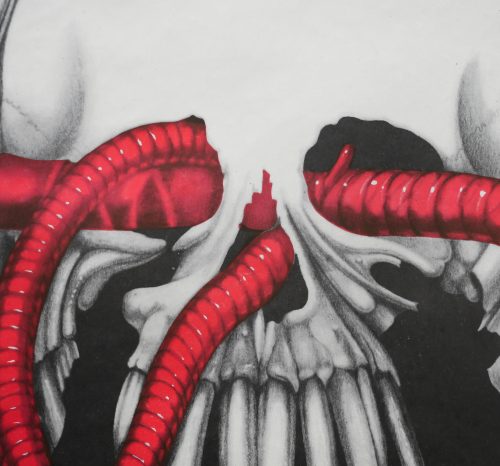 This is the skull-style B1 poster for the Polish release (in 1983) of the first film in Steven Spielberg‘s legendary Indiana Jones series, Raiders of the Lost Ark. Written by George Lucas, who was in the middle of producing and releasing the original Star Wars trilogy, the story harks back to the adventure film serials of the 1930s and 40s. Set in 1936, Harrison Ford (also fresh from the set of The Empire Strikes Back) plays the titular archaeologist adventurer who is hired by the US government to track down the legendary Ark of the Covenant before an occult section of the Nazi party with nefarious intentions do so. The film is full of memorable characters, thrilling set-pieces and Ford treads a perfect, often comedic, line between surly reluctance and dashing heroism. The film would spawn two sequels over the next 8 years, with Spielberg and Ford returning for both, followed by a somewhat disappointing entry in 2008.

This poster was created by the designer and artist Jakub Erol who was born in Zamość in 1941 and graduated from the Warsaw Academy of Fine Arts in 1968. He worked as a prolific poster artist for over 25 years and designed several iconic images for both Polish and American films. Some of his other poster highlights include the bizarre image he conjured up for Ridley Scott’s Alien, a striking design for James Cameron’s The Terminator and the poster for Robocop.