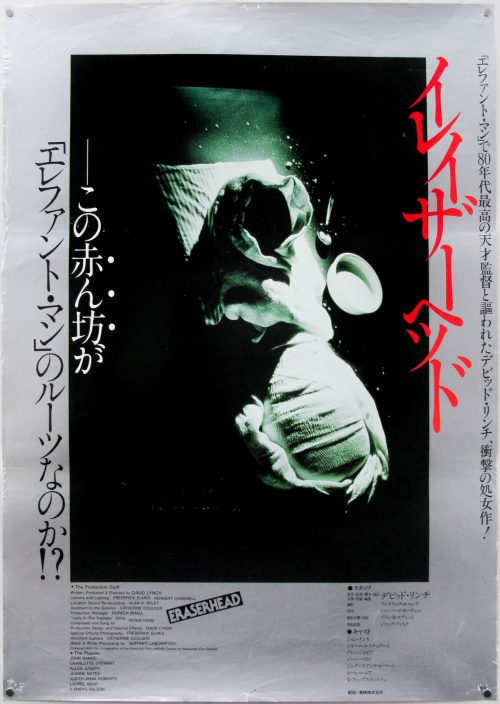 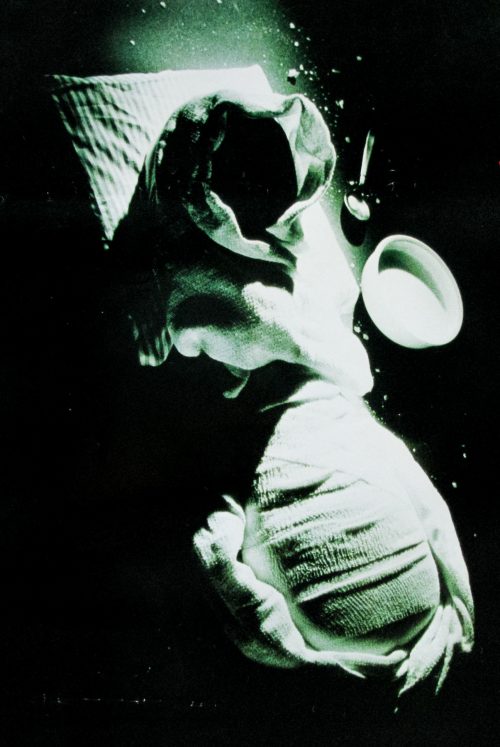 Legendary director David Lynch‘s surreal nightmare Eraserhead celebrates its 35th anniversary in 2012 and its fair to say cinema has seen nothing else quite like it in the years since it was released. Lynch’s first full-length feature was five years in the making and was begun whilst he worked at the American Film Institute school in Los Angeles. The initial grant of $10,000 given to the director quickly ran out and he was forced to spend the following years using money from odd jobs, as well as donations from friends and family to continue work on it.

Ben Barenholtz, the owner of Libra films saw the completed film at the Filmex Festival and, after declaring it was a ‘film of the future’, decided to help Lynch get the film into cinemas. The first screening took place at midnight on the 29th of September, 1977 and, like Jodorowsky’s El Topo before it, Eraserhead became a staple of Midnight Movie shows in Los Angeles, New York and London.

This Japanese poster is from the first release of the film, which took place in 1981, and features an image of the ‘baby’ with its head wrapped in bandages. This particular copy of the poster isn’t in the best of condition, as should be obvious from the pictures, but I think it quite suits the nature of the film.

Having just watched the recent UK blu-ray release of the film, which was apparently supervised by Lynch, I can highly recommend picking up a copy of it as the film has never looked or, perhaps more importantly, sounded as good.