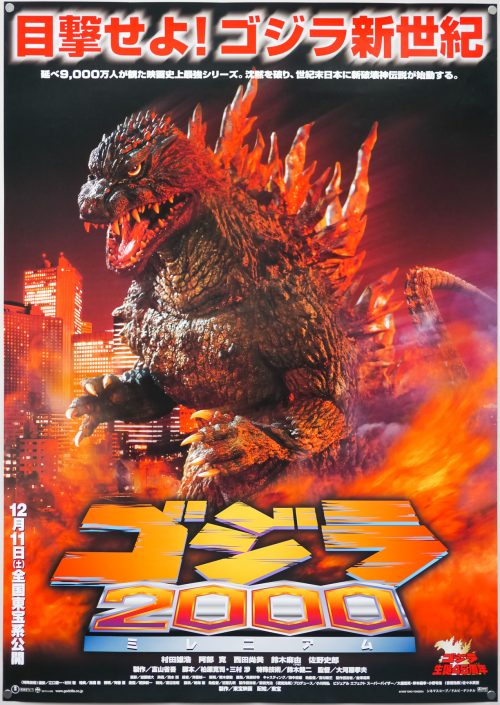 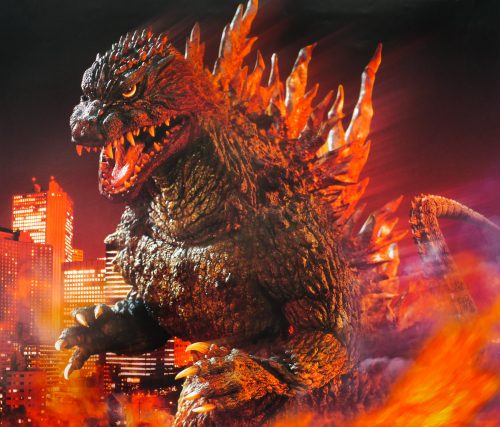 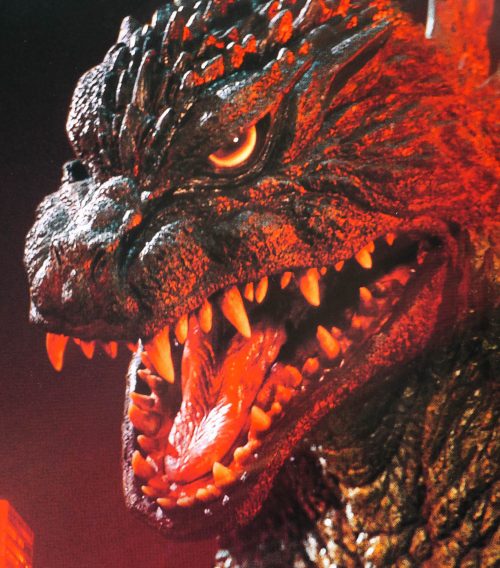 This is the Japanese B1 for the release of Godzilla 2000, the twenty-third film in the series featuring the King of the Kaiju (giant monsters). The film was also the first release in the third generation of Godzilla films, which is known as the Millennium Series. Studio Toho decided the film would be a reboot meaning it had no continuity with earlier films in the series, except for the 1954 original.

Set in 1999, we learn that Japan has suffered other Godzilla attacks since the 1950s and the Godzilla Prediction Network (GPN) was formed in response by scientists who aim to predict his next landfall. In 1999 he appears at the same time as the Crisis Control Intelligence (CCI) find a mysterious rock-like object at the bottom of the Japan Trench which takes off during an operation to salvage it. Godzilla follows and is blasted by the object causing him to retreat, but not before his atomic breath causes the rock to break open revealing an unusual blue alien craft.

The craft flies to Tokyo and begins to download information from the city’s computer network as the aliens try to discover more about Godzilla’s regenerative properties, named by the GPN scientists as Regenerator G1. When Big G arrives and once again attacks the craft, the aliens steal some of his DNA during the battle and use it to attempt to reform themselves as a giant Millennian. Unfortunately Earth’s atmosphere is different to their own and the creature mutates into the hideous gigantic Orga and begins a final battle with Godzilla.

The film featured a new design of for the famous beast with a notably meaner looking face and large scales on his back, replacing the tired costume used for previous films in the series. Godzilla 2000’s relative success at the Japanese box-office saw Columbia Tristar decide to release the film in the US (the last Japanese Godzilla film to get a cinema release was Godzilla 1985). The distributor decided to edit the film for pacing reasons and removed about 8 minutes from its running time, whilst also completely re-editing the sound design and also injecting quite a bit of humour into the dubbed script. Unfortunately, poor box-office receipts meant that future entries in the Millennium series were released straight to DVD in the States.

The trailer for the US release can be viewed on YouTube.