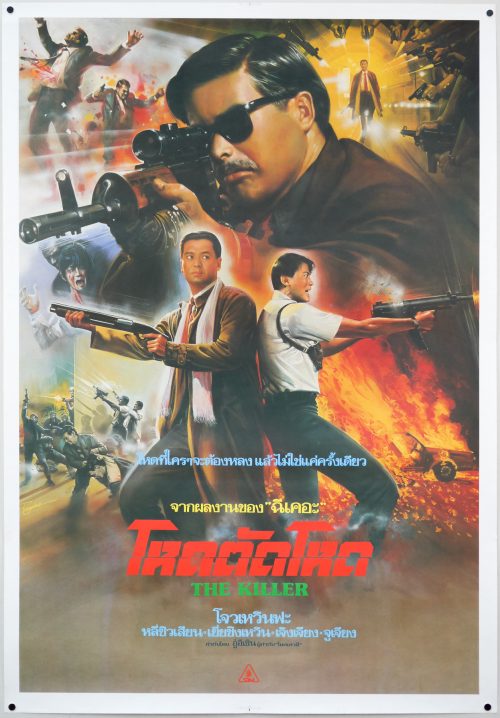 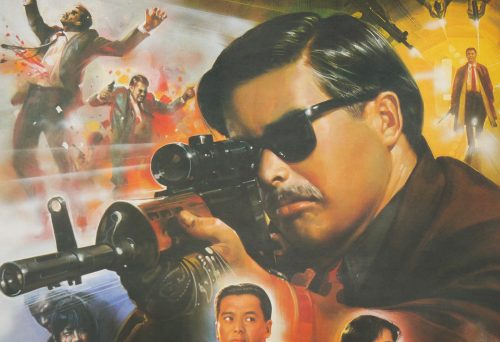 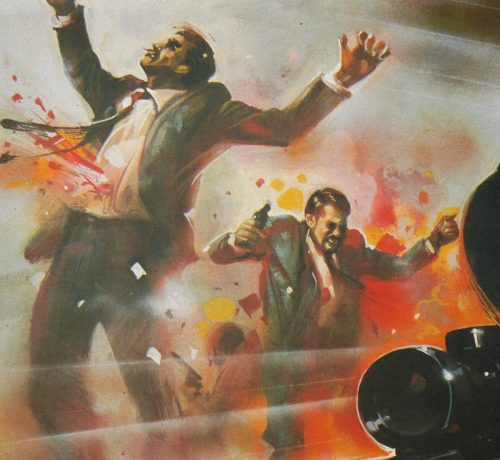 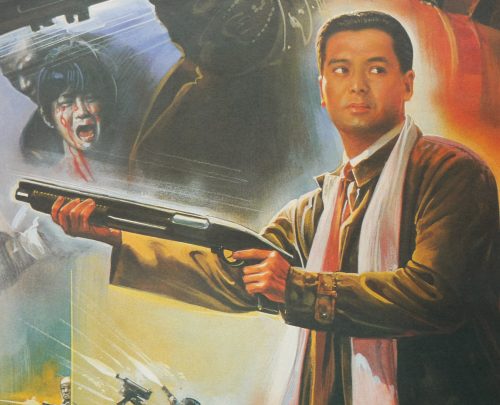 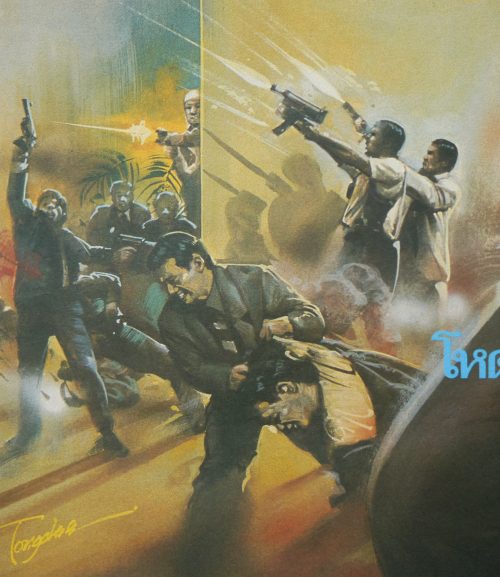 This is the original Thai poster for the release of legendary Hong Kong director John Woo‘s landmark action-fest The Killer, which was the film that launched both him and lead actor Chow Yun-Fat onto the international stage. Although Woo had garnered acclaim for A Better Tomorrow (1986) and its sequel, both featuring Yun-Fat, it was The Killer’s perfect blend of hyper-kinetic violence, well-written characters and action spectacle that set it apart from Woo’s earlier films. The film would be followed by the spectacular Hard Boiled (1992), after which Woo’s career in Hollywood was launched, to somewhat mixed success. The Killer’s impact on other Western filmmakers cannot be denied, with the likes of Luc Besson clearly borrowing plot points and action beats for both Nikita and Léon: The Professional (1994), whilst both Robert Rodriguez (El Mariachi, Desperado) and Quentin Tarantino were clearly huge fans.

Chow Yun-Fat stars as a hired assassin who accidentally blinds a nightclub singer called Jennie (Sally Yeh) during the course of a hit, and after the pair strike up a relationship he decides to take one last job to pay for an operation to restore her sight. After being double-crossed by his Triad clients Ah Jong manages to escape from a group of hired guns, but not before coming to the attention of police detective Li Ying (Danny Lee). At first the hot-shot cop aims to take Ah Jong into custody but when he realises that he’s no ordinary hitman and sees the predicament he’s in, Detective Li decides to team up with the killer to take down the mobsters. This was the first film in which Woo used his trademark white doves taking flight in the middle of action scenes.

This Thai poster was painted by the artist Tongdee Panumas (he signs his posters with just his first name) whowas an incredibly prolific Thai film poster artist during the 70s, 80s and 90s but I’ve been unable to find out much about him, other than that he was born in 1947. If anyone has any more information please get in touch. A knowledgeable collector of Thai posters told me that the artists would rarely if ever see the film they were creating the poster for and would instead paint images based on still photos or posters from other countries. This led to some wild designs and even some artwork with characters and elements that didn’t even appear in the actual film!

The artwork for this Thai poster was actually re-used (and slightly cropped) for the US one sheet when the film was released there. The sniper rifle-toting gunman also features on the UK quad.