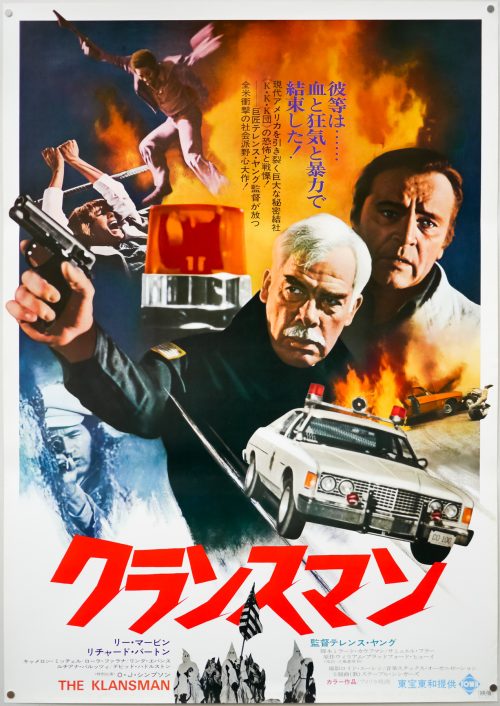 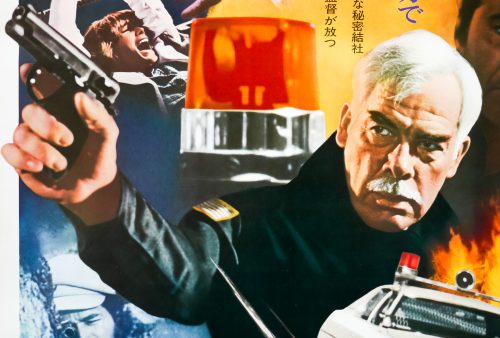 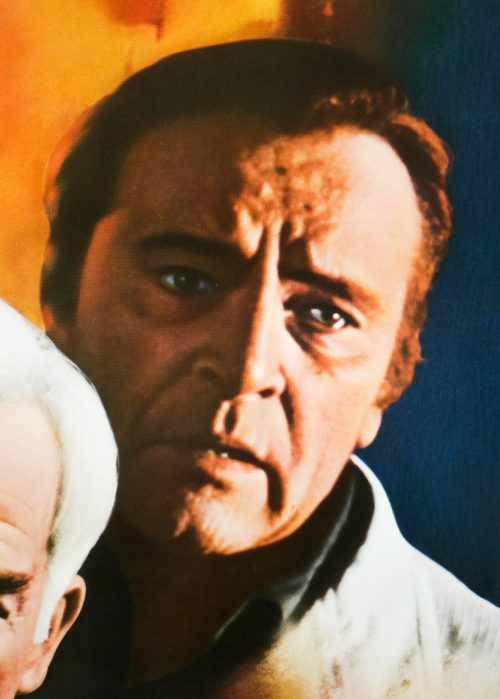 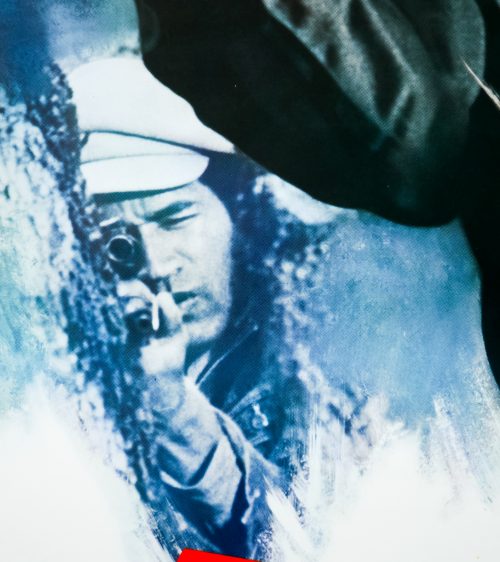 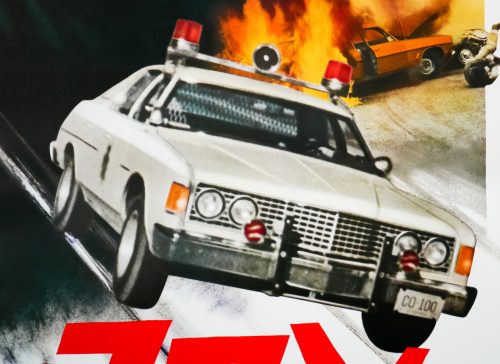 This is one of two Japanese B2 posters for the release of the 1974 drama The Klansman that marks a low point in the careers of the main participants involved and, in my opinion, deserves to be consigned to the dustbin of film history. British director Terence Young (best known for his work on the first two James Bond films and Thunderball) helms this tale of racial tension in a small Southern town that has a large Ku Klux Klan contingent. Lee Marvin plays the lone Sheriff of the town who has to deal with the fallout when a white woman is raped, apparently by a black man. Tensions are escalated when a lone gunman (played by O.J. Simpson) decides to stir things up with the Klan by shooting white townsfolk with a sniper rifle. Richard Burton plays a local landowner who has long opposed the views of the Klan and harboured black people on his land but he gets drawn into the conflict with deadly consequences.

There are many issues with the film, including a confusing script that was clearly trying to imbue the film with something of a social justice message but bungles it badly. All scenes involving the Klan are cringeworthy and obviously massively politically incorrect. The performances from the two leads are also pretty terrible with Lee Marvin mumbling and drawling through all of his scenes looking like a man who wishes he was elsewhere. Richard Burton also phones his performance in, with an accent that attempts Southern American but ends up sounding altogether wrong, and he also affects a limp in some scenes that disappears in others. Legend has it that the two men were both drunk during the entire shoot and that might explain things. It also doesn’t help that the only version of the film available on home video has been badly cut to remove a lot of the violence and a pivotal rape scene.

This is the style A Japanese B2 poster but I also have the style B that features artwork unique to the Japanese campaign by Seito.