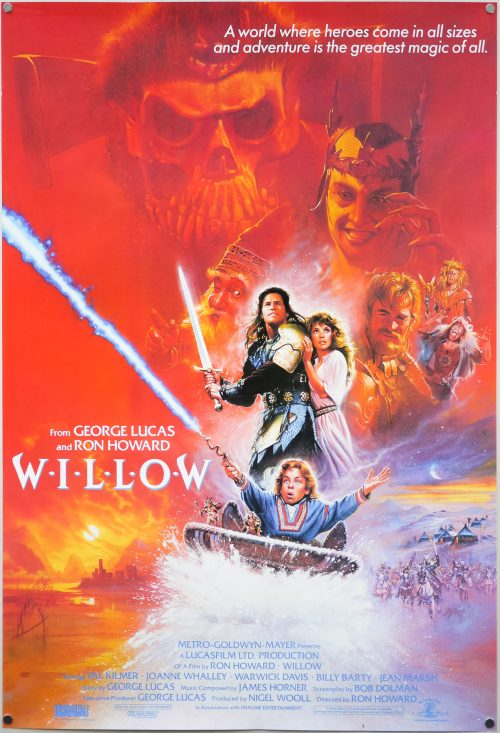 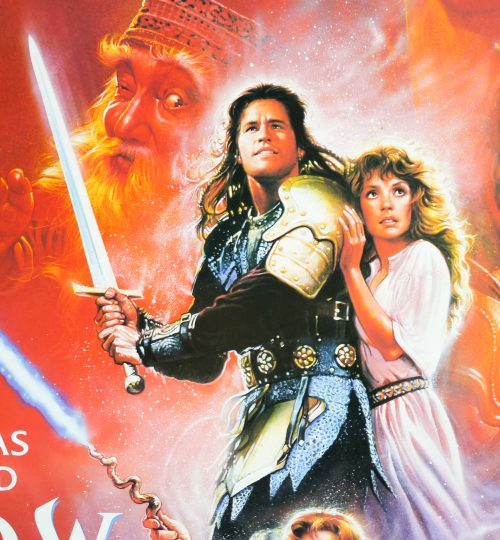 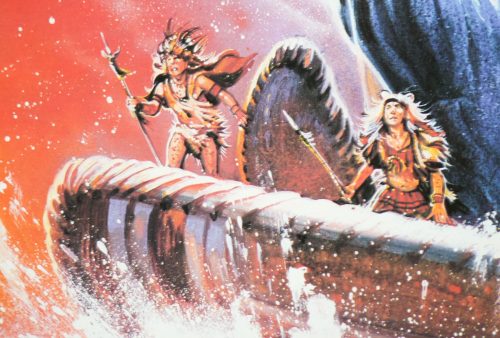 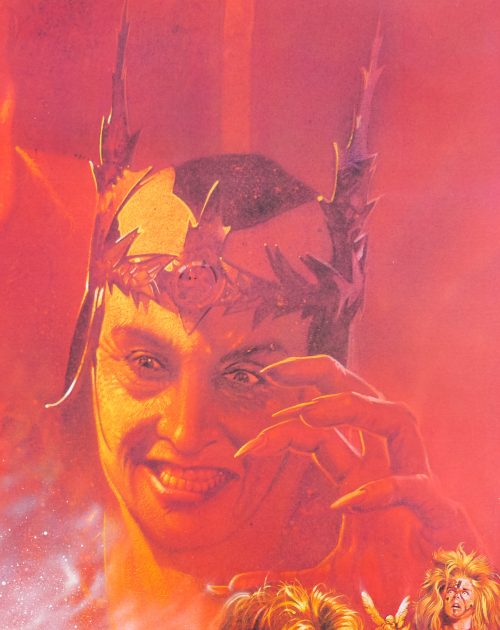 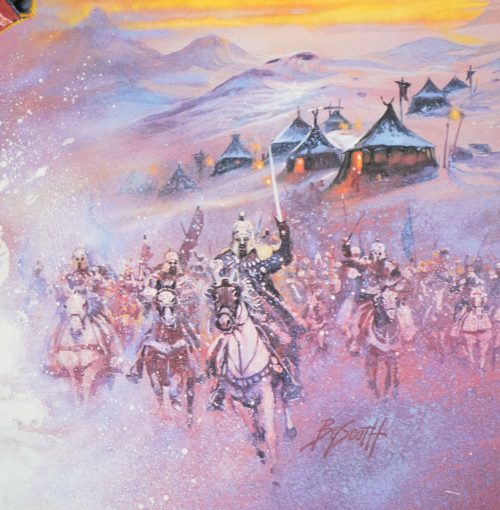 Tagline
A world where heroes come in all sizes and adventure is the greatest magic of all.

Excellent artwork on this UK one sheet for the release of Ron Howard‘s 1988 fantasy film Willow, which was conceived of by George Lucas. British actor Warwick Davis features as the eponymous hero and the part had been written specifically with him in mind after he appeared as an Ewok in Lucas’ Return of the Jedi. The story begins as the evil Queen Bavmorda (Jean Marsh) hears of a prophecy that a newborn child will bring about her downfall and sets about imprisoning all pregnant women in her castle’s dungeon.

This one sheet was created by the British designer and artist Brian Bysouth who I interviewed for this site in 2012, There is also a quad for Willow featuring the same artwork. Brian is one of my favourite artists and worked on multiple classic posters from the 1960s to the 1980s, including the final painted poster for a James Bond film, The Living Daylights. The other posters I’ve collected by Brian can be seen by clicking here.