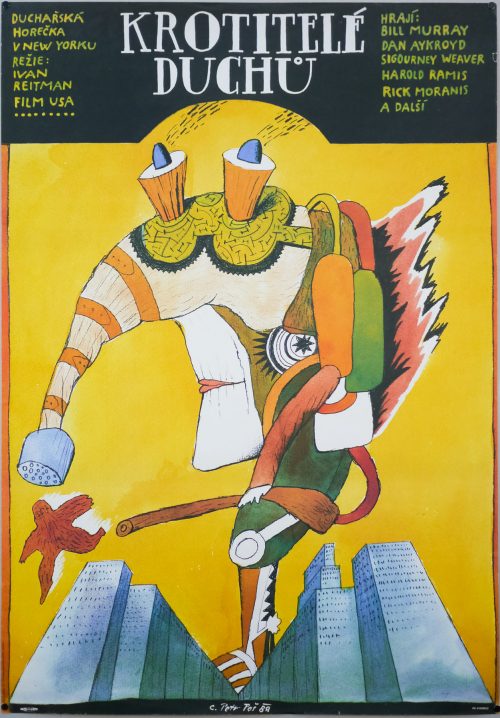 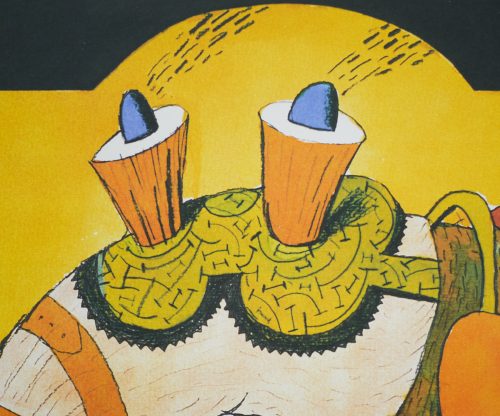 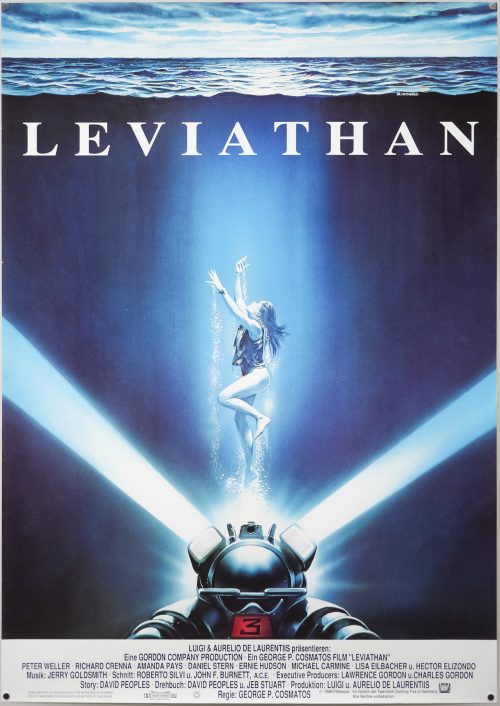 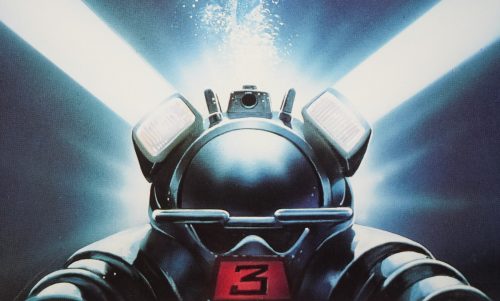 Leviathan was one of multiple ‘aliens in the deep’ films released in 1989, with James Cameron’s The Abyss being by far the most successful and memorable of the lot (which also included Deep Star Six and The Evil Below). I have absolutely no idea what made Hollywood decide that underwater peril was the situation du jour at that time, but it wasn’t to last as most of the films performed badly at the box-office and made little critical impact. Only Cameron’s film would go on to gather any kind of cult following and the release of a Director’s Cut of the film certainly helped.

Leviathan is set on a deep-sea mining platform with a crew of eight, including geologist Steven Beck (Peter Weller) a new recruit brought in by the Tri-Oceanic Corp to manage the team. During a routine dive one of the crew slips, falling down a ravine and when they land they discover the wreck of a Soviet submarine called Leviathan hidden in a trench. The team manage to salvage a safe from within the ship and bring it back onto the rig.

After opening it up they discover records relating to the death of crew members of the Leviathan as well as what appears to be a bottle of Vodka. Beck and the crew doctor investigate the fate of the submarine whilst some of the other crew members decide to partake in some of the booze. Unbeknownst to them it contains an alien pathogen which causes the pair who drink it to develop severe rashes and then perish before reanimating as a hideously twisted creature (very much in the vein of the creations seen in John Carpenter’s The Thing). Although Beck and the others manage to expel the creature from the rig, part of it remains onboard and mutates into a multi-tentacled beast which stalks the rest of the crew forcing them to fight for their lives and ultimately abandon the platform.

Unfortunately the film fails to generate much in the way of horror or tension and, though the set designs are top notch, the creature effects are largely woeful, particularly the painfully obviously man in bad rubber suit final version of the creature. Weller gives it his best shot but fails to convince as a hero. Apparently the film was originally going to have more in the way of creature effects and there are clearly whole scenes missing, which all points to studio interference.

This German A1 was designed and painted by Renato Casaro, an Italian-born artist who was working prolifically on German posters during the 1970s and 1980s. I interviewed him for this site in 2013 and he talked about his work for the market:

‘You worked on many posters for the German market. Was there a reason for that?
Yes, Germany didn’t really have many posters designers and artists working during the 1970s and 1980s and I certainly didn’t have much in the way of competition. In the 1950s and 60s they had several good artists working on film posters but after that they all retired or died, so there was a gap. I was really fortunate with that whole situation because I was able to work with most of the distributors over there and I was able to choose to work on some really great projects. My work was in demand so Studio Casaro was very busy, especially in the 1980s. Even when some other markets might have been quiet, there was always a project to do for a German client.’

The poster has some similarities with the US one sheet, designed and painted by John Alvin. 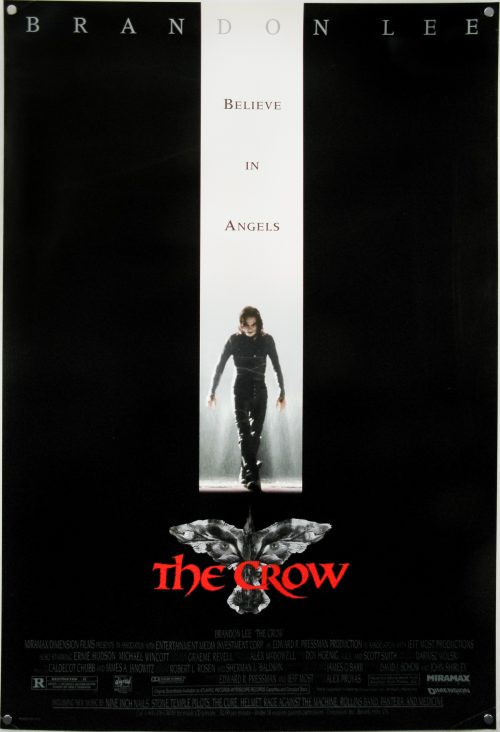 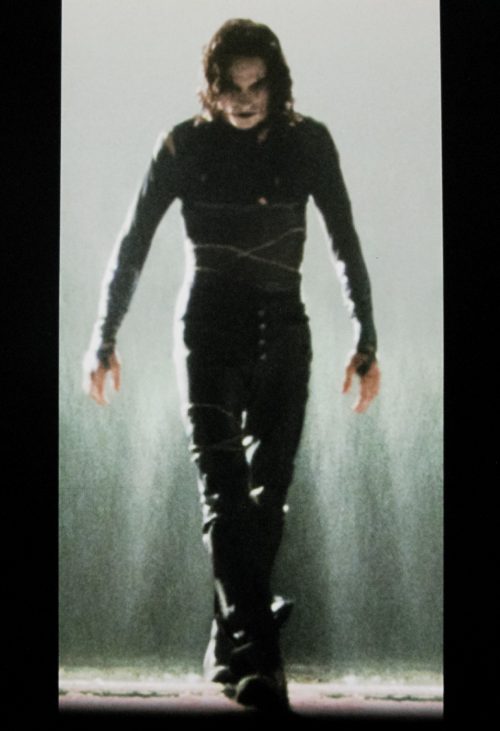 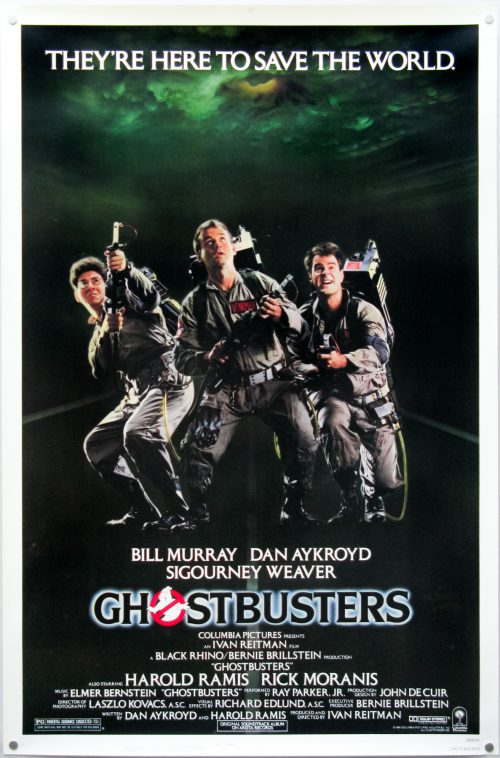 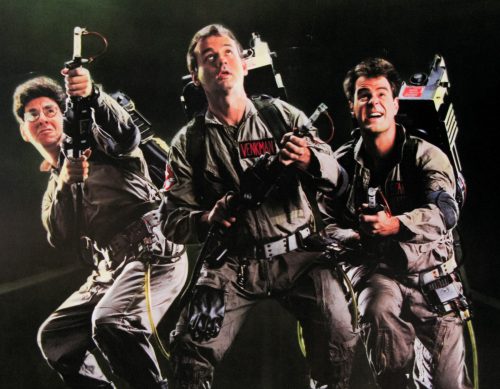 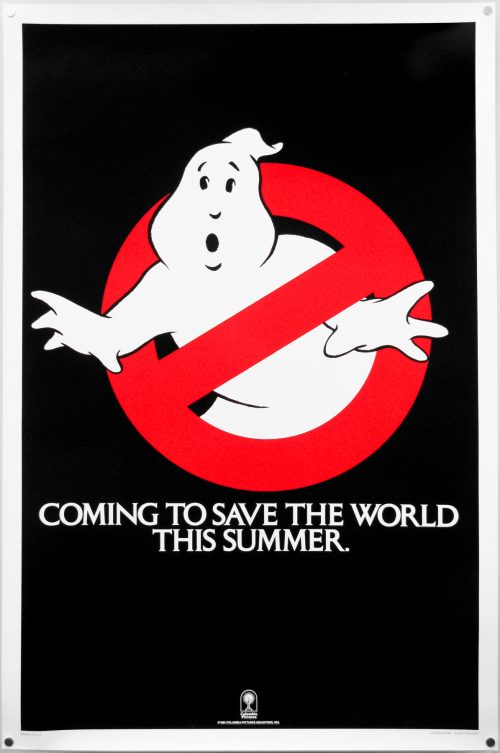 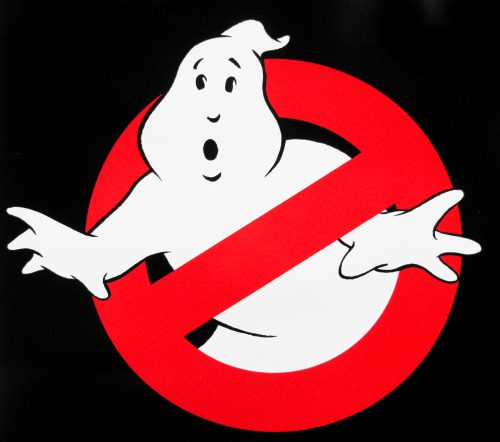 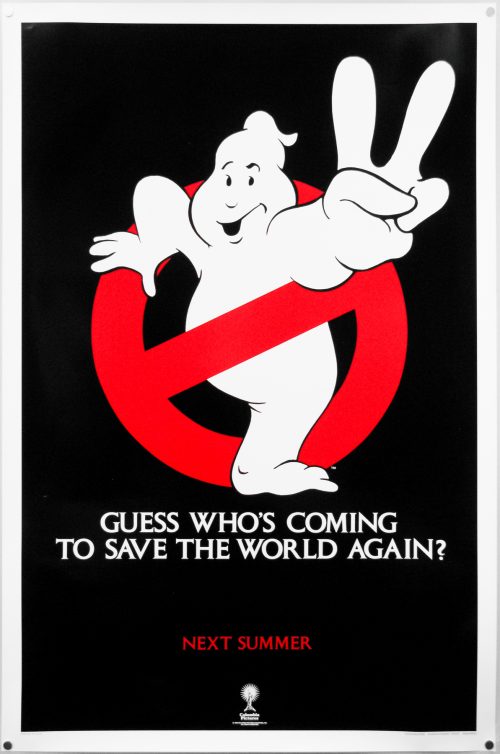 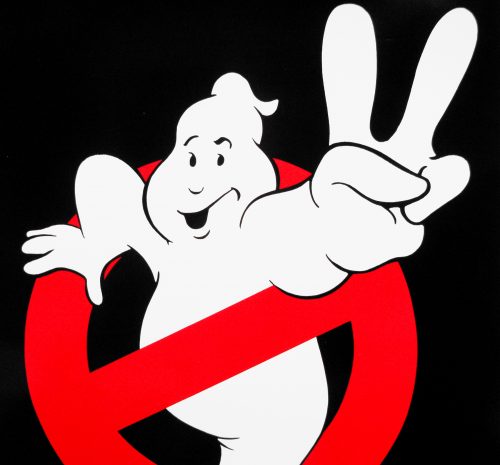 Tagline
Guess who's coming to save the world again?