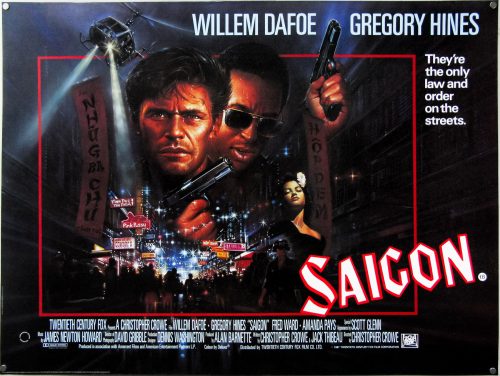 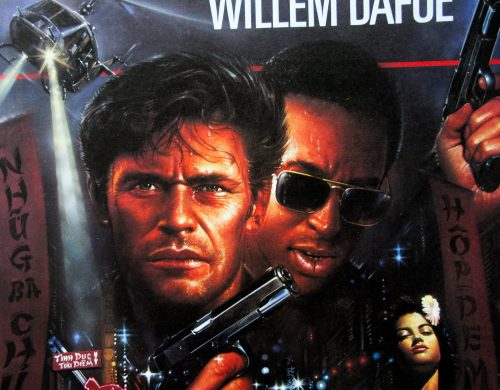 AKA
Off Limits (original title)

Tagline
They're the only law and order on the streets.

Artwork by Brian Bysouth on this quad for the UK release of Saigon, which is also known as Off Limits in the USA. As the international title suggests, the film is set during the Vietnam war and sees two military policemen played by Willem Dafoe and Gregory Hines investigating the deaths of several prostitutes in Saigon’s red light district. It soon becomes clear that the prime suspect is a high-ranking US Army officer and that the two cops are in for more than they bargained for.

Despite a strong supporting cast, including Scott Glenn, Keith David and Fred Ward, the film appears to have failed to make much of a box-office or critical impact. It certainly saw none of the success of Dafoe’s previous Vietnam-based film, the oscar-winning Platoon. The film features some brilliantly odd character names, such as Buck McGriff (Dafoe) and Albaby Perkins (Hines).

Bysouth’s artwork has similar star portraits to the ones seen on the US one sheet, but the street scene and other characters are unique to the quad. In 2012 I met and interviewed the artist and the resulting article can be read here.

To see the other posters I’ve collected by the artist click here. 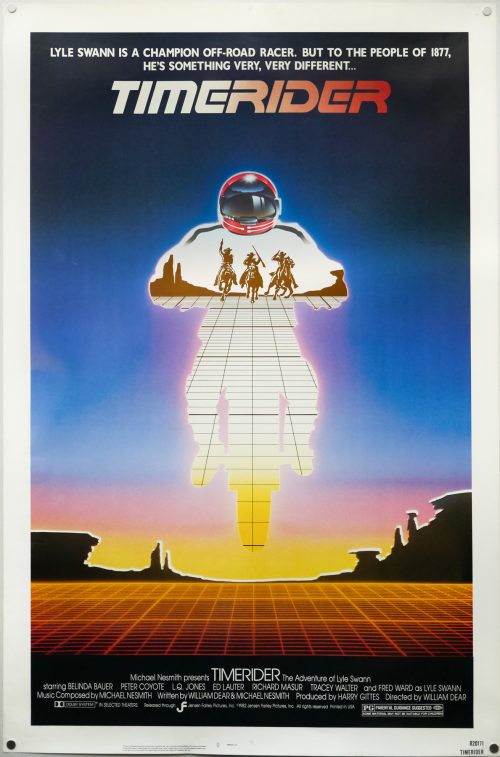 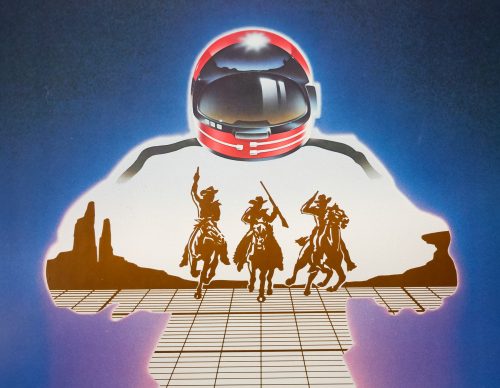 AKA
Timerider: The Adventure of Lyle Swann (alternative full title)

Tagline
Lyle Swann is a champion off-road racer. But to the people of 1877, he's something very, very different...

Timerider is a largely forgotten genre mash-up from the early 1980s starring Fred Ward (probably best known for Tremors). Directed, co-written and scored by William Dear, the film deals with the concept of time-travel and sees a cross country dirtbike champion accidentally sent back in time to 1877. Whilst competing in a race, Lyle Swann (Ward) rides through an area which is being used by scientists to try to send a monkey back in time. He’s unaware that he’s gone back in time over a century and doesn’t understand why the people he meets are terrified of him and his bike. Eventually he realises the situation but not before he’s being pursued by a gang of outlaws. He’s taken in by a woman called Claire (Belinda Bauer) who hides his bike before seducing him. Meanwhile, the scientists in the future are desperately trying to retrieve Swann from 1877.

The films ends with quite a creepy payoff which I won’t spoil but made me exclaim ‘Eh?!’ at the screen. Think: what happens in the first Terminator but even weirder. The film is largely forgettable and features some truly terrible performances with mumbled dialogue making it hard to follow in parts. Fred Ward is good value, as always, and the head outlaw, played by Peter Coyote, is a decent enough villain.

I’m unsure who is responsible for the design or artwork on this US one sheet so if anyone has any ideas please get in touch. 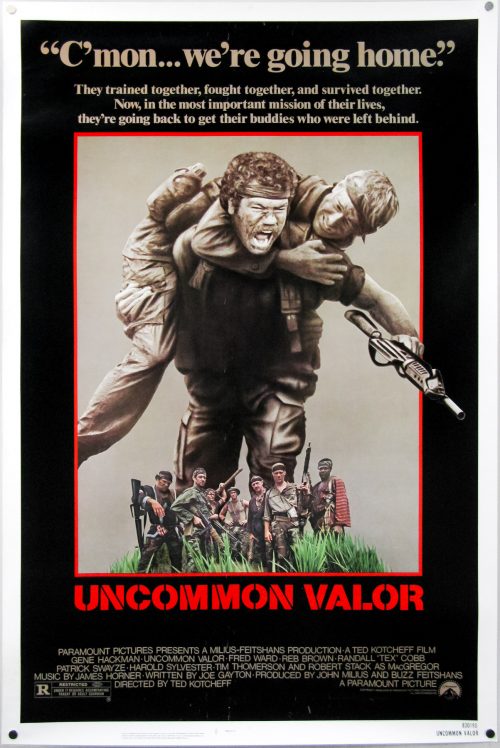 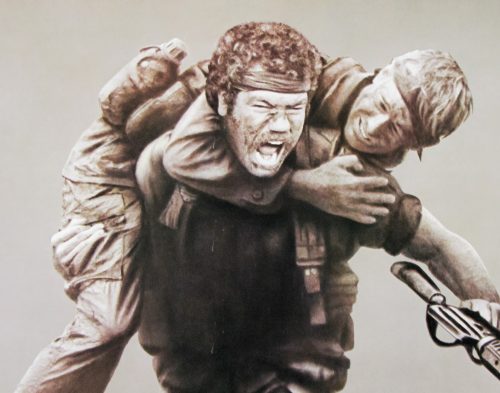 AKA
Fratelli nella notte [Friends in the night] (Italy) 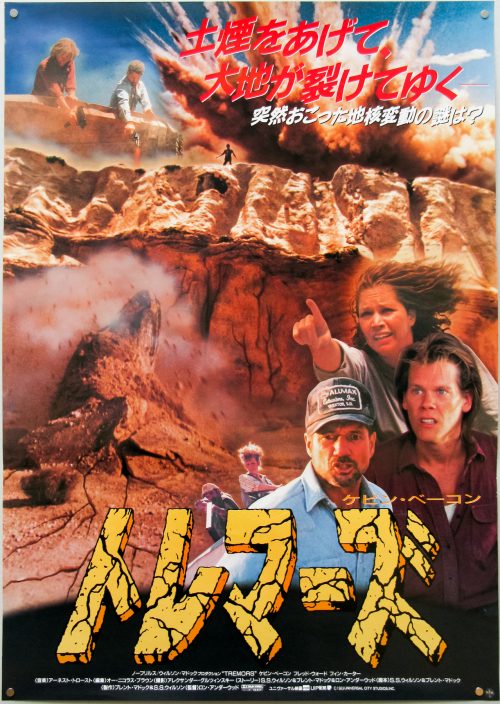 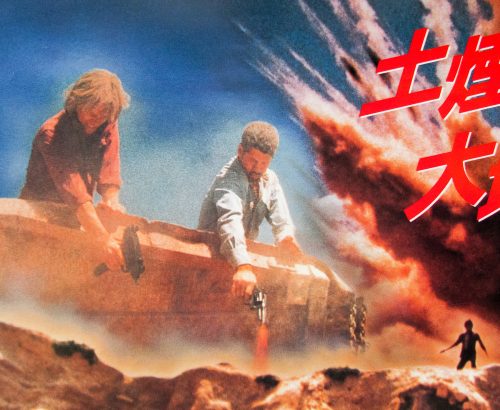 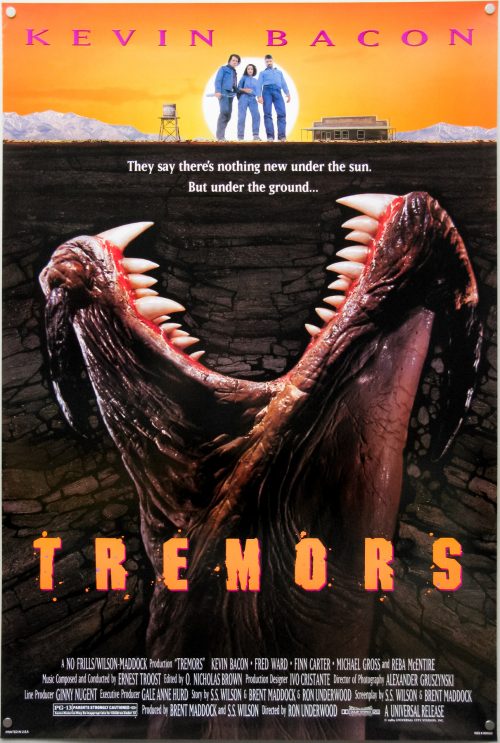 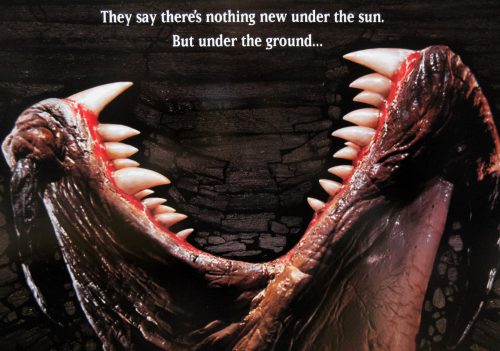 Tagline
They say there's nothing new under the sun. But under the ground... 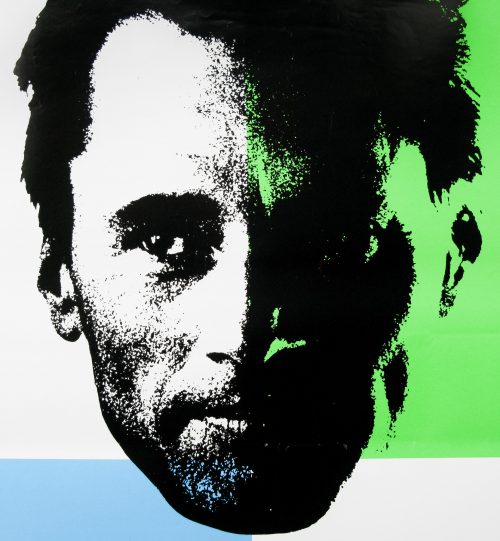 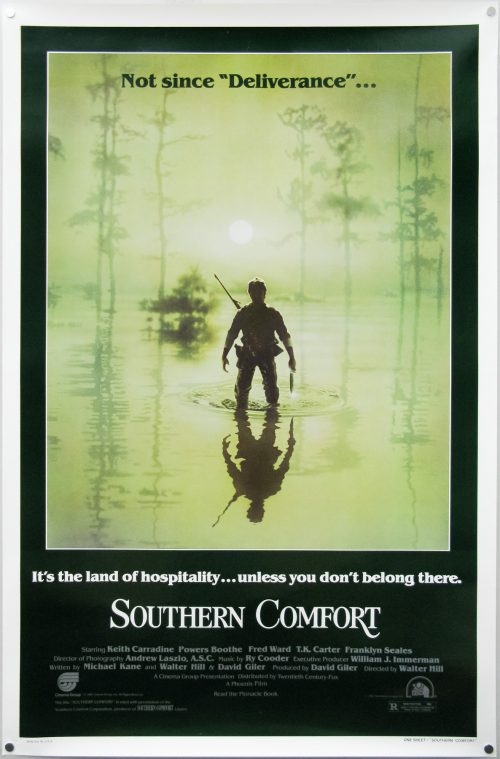 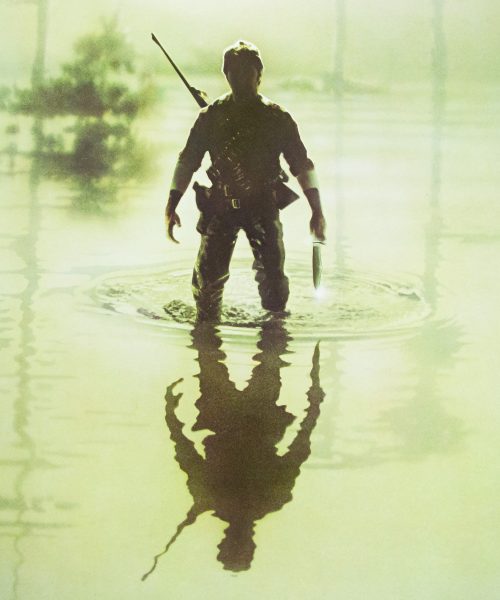 Tagline
It's the land of hospitality... unless you don't belong there.

Escape From Alcatraz / one sheet / USA 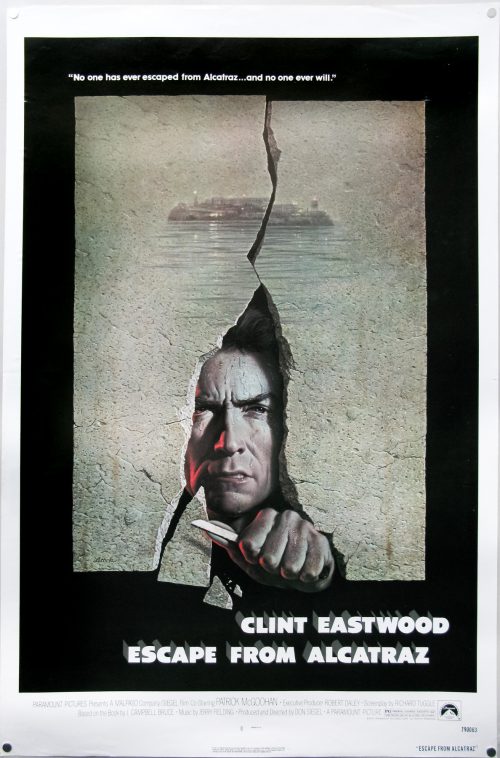 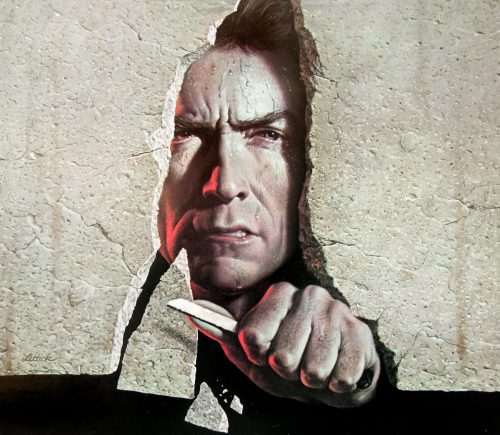 Tagline
"No one has ever escaped from Alcatraz... And no one ever will." 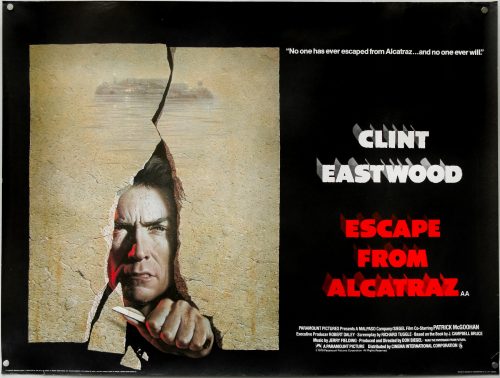 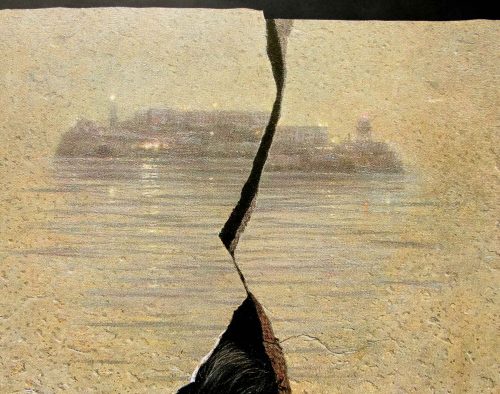 Tagline
No one has ever escaped from Alcatraz... And no one ever will!