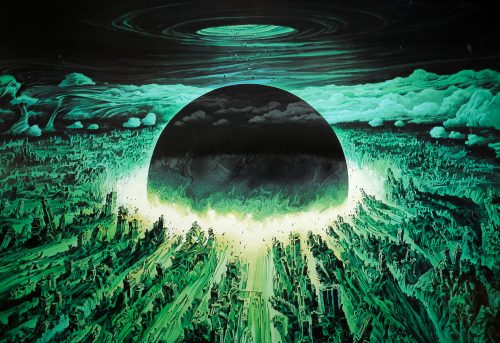 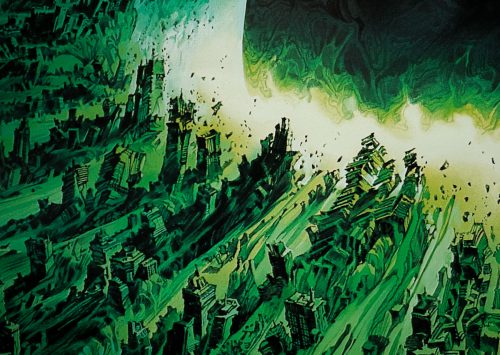 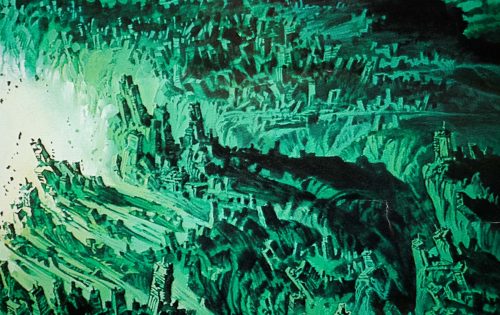 This is the rarely seen Japanese B1 poster that features a coloured adaptation of the moment in the original manga that Tokyo is destroyed by Akira’s out of control psychic powers. It’s not in perfect condition but I was really happy to find it at a poster shop on my first visit to Tokyo in April 2012. During the same trip I had the great fortune to be able to visit a retrospective exhibition of Ôtomo’s work called Genga (A Japanese animation term for keyframes, literally ‘original pictures’), which featured hundreds of pieces of his artwork and the original hand-drawn pages for the Akira manga. I was also able to wear Kaneda’s jacket and sit on the legendary red bike!

I also have two Japanese B2 posters for the film; style A and style B, as well as the American one sheet and ace illustrator Tyler Stout’s take on the film.